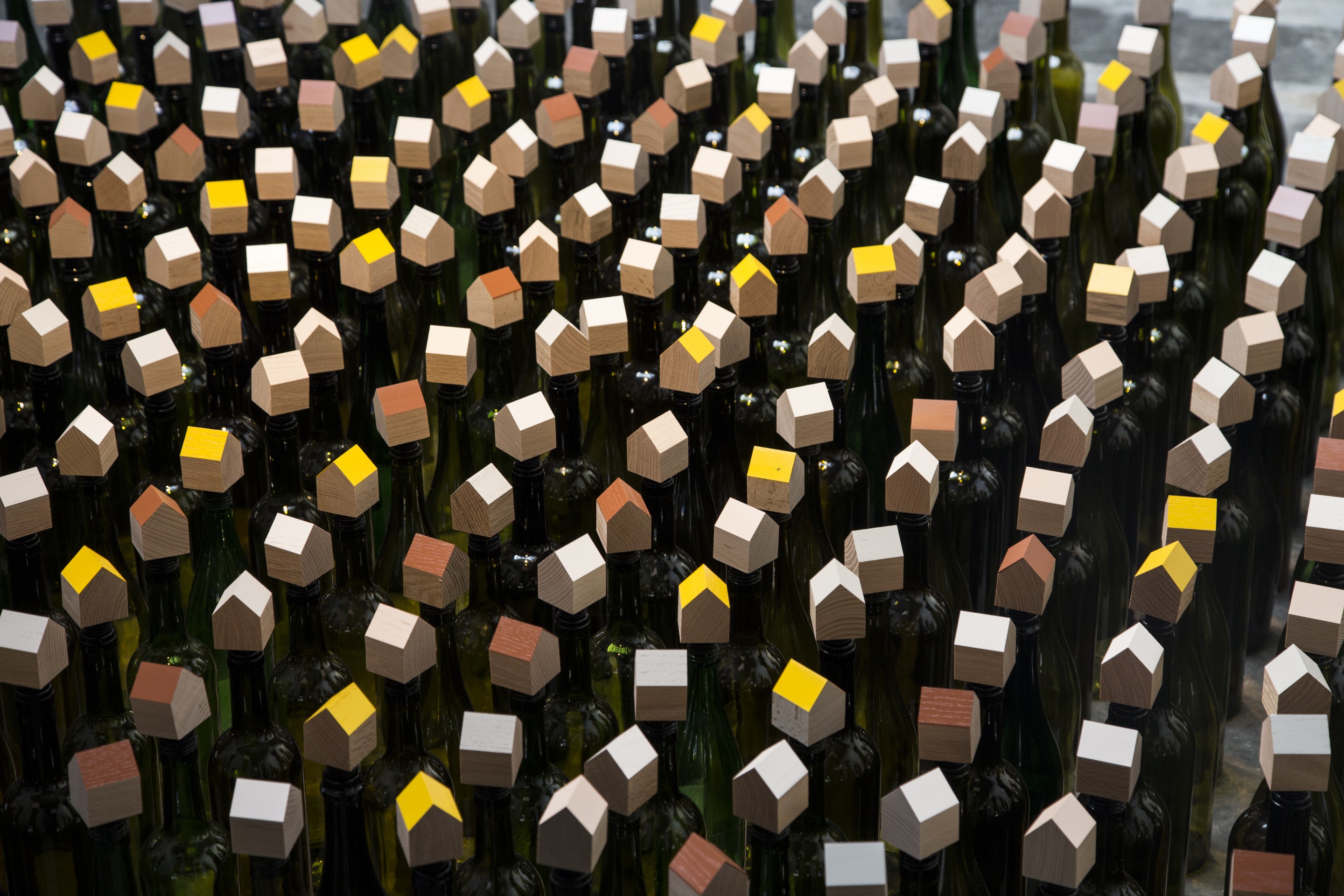 Daphna Laurens originally created the Bottle House as a holiday gift for friends and family. Their first in-house edition used wine as a wood stain. The Bottle House made it's official debut at Dutch Design Week in 2013. 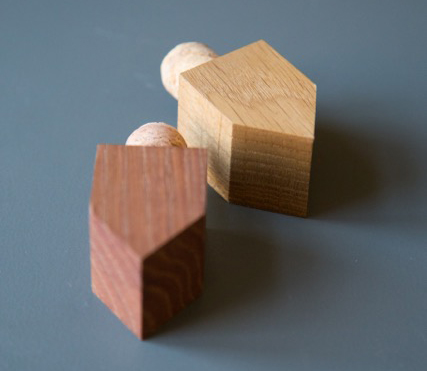 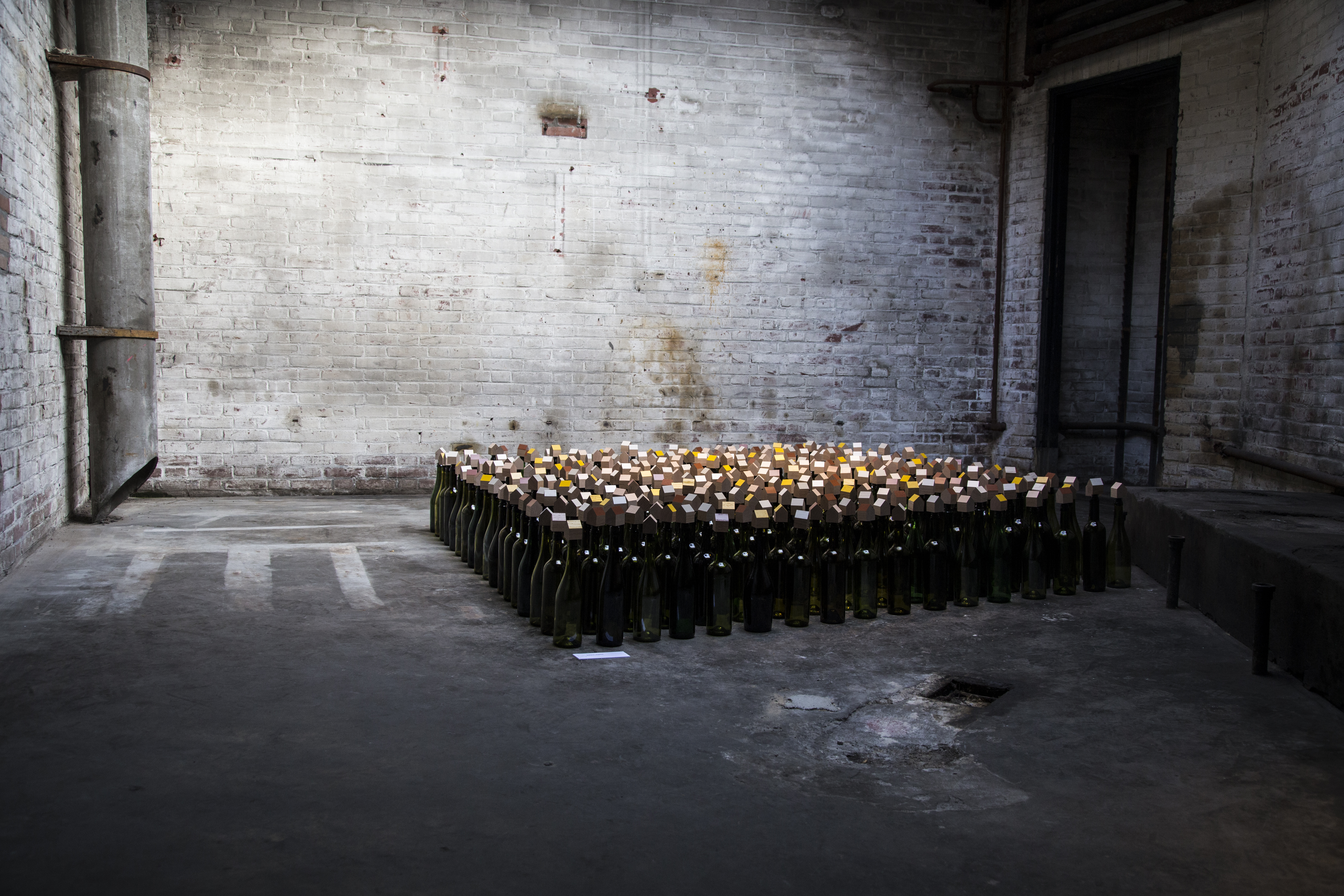 "It was the Christmas of 2011 and we wanted to give our family nice little hand-made presents. Time was short and we aimed at using the resources found around our workshop. The gift was destined to be small and relatively easy to produce.

One evening, while taking notes in bed, Laurens drew up a little house shaped bottle stopper. Believe it or not, he came up with the idea thinking of the name Winehouse. Yes, Amy’s last name! As you can tell by looking at the product, visualizing the name was all it took. We used reclaimed oak from an old wooden tabletop and recycled cork from store-bought stoppers. We originally wanted to stain the wood by bathing them in red wine, but this didn’t make it into production. After a few improvements to the design we started producing them ourselves only soon after to be discovered and embraced by Areaware."