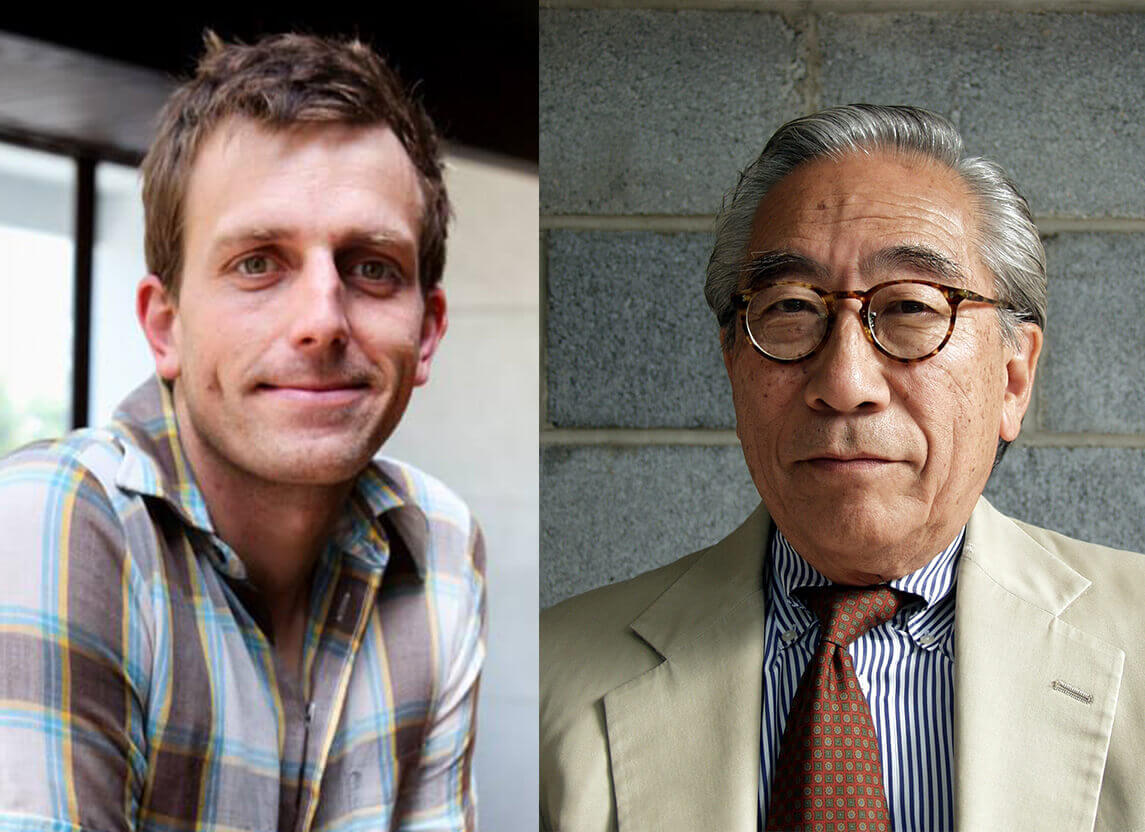 This interview is part of an ongoing series of conversations with the Areaware designers. We asked our Fall 2017 designers to select someone to conduct an interview with them about their practice. Designer Brendan Ravenhill had the opportunity to speak with legendary architect and designer Shoji Sadao about his life and early work with Buckminster Fuller. 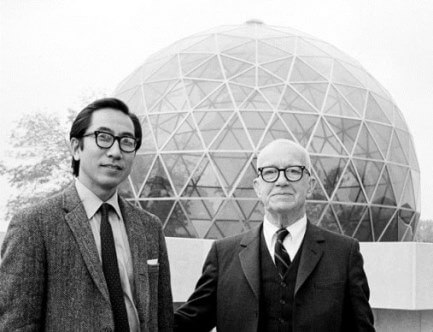 Brendan Ravenhill: Can you share with us what your relationship with Bucky was?

Shoji Sadao: My relationship with Bucky was very personal and professional. When I was first exposed to him at Cornell University I was mesmerized by his philosophy and approach to architecture. When he discovered in our class project with him that I had experience with cartography in a topographic battalion in the army he asked me to work with him on an icosahedral version of the Dymaxion Map which resulted in the 1954 Raleigh Edition. We maintained an intimate professional relationship re: his Geodesic dome designs, by my working in both his Raleigh and Cambridge offices of Geodesics, Inc.

He took me under his wing, inviting me to join him in 1952 on a round trip from Ithaca, NY to the Aspen Design conference in Colorado in his brand new Lincoln Continental convertible which he bought using his fee for the design of the Ford Rotunda building. Even though he knew I didn't have a driver’s license he trusted me enough to let me drive most of the way. He introduced me to his family and relatives and invited me to the family island, Bear Island in Penobscot Bay, Maine where I learned to appreciate his feeling for sailboats and the sea. 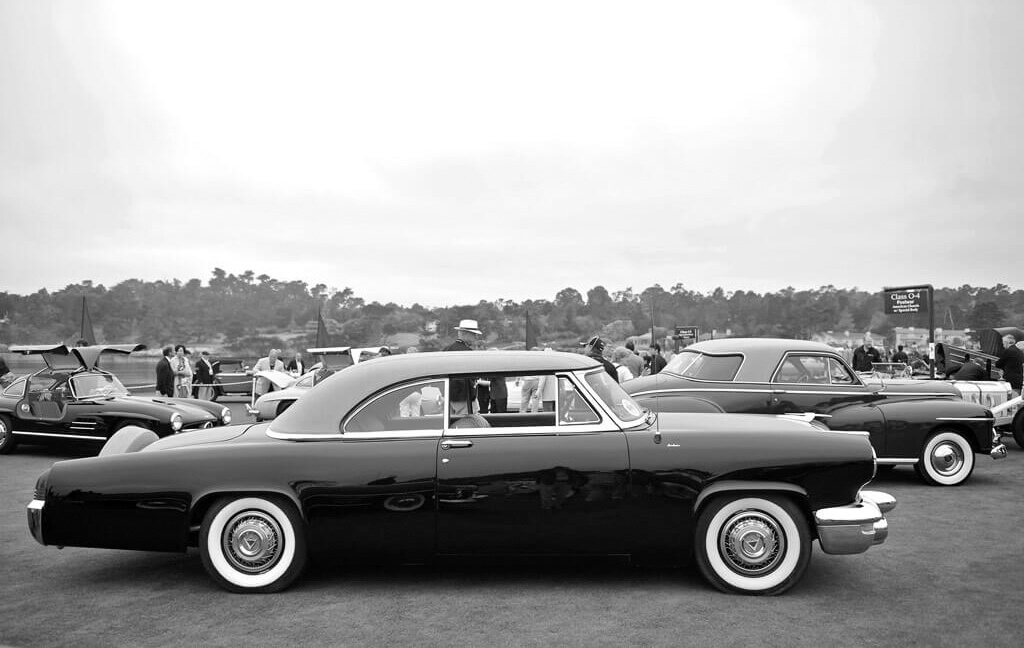 BR: You were instrumental on a number of Fuller’s most iconic projects, like the Expo ‘67 dome, can you share with us a few of those?

SS: We formed our partnership, Fuller and Sadao, Inc., in 1965 to design the US Pavilion for Expo 67. At that time our office consisted of only myself and Bucky so it was a leap of faith by Jack Masey, head of design at USIA to appoint us as the architect. We quickly formed a partnership with Geometrics, Inc. whose members were from Bucky’s former office Geodesics, Inc. Cambridge. The US Pavilion received rave reviews in the architectural press. 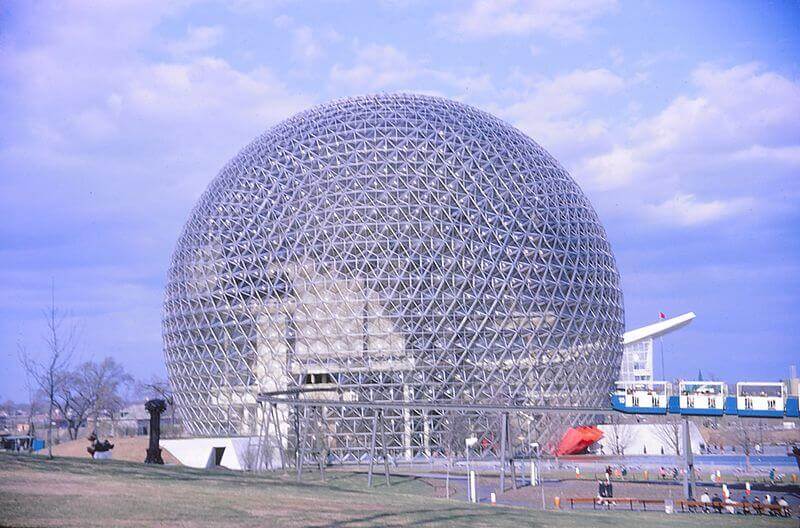 The US Pavilion for Expo '67

Floating Cities was another iconic project funded by the US Housing and Urban Development Agency headed by Charles Haar, a former Harvard professor in the law school. We designed a floating tetrahedral unit that housed up to 5,000 inhabitants which could be anchored in coastal cities in their harbor. The model we made is presently on display at the Lyndon Baines Johnson Presidential Library and Museum in Austin, Texas. 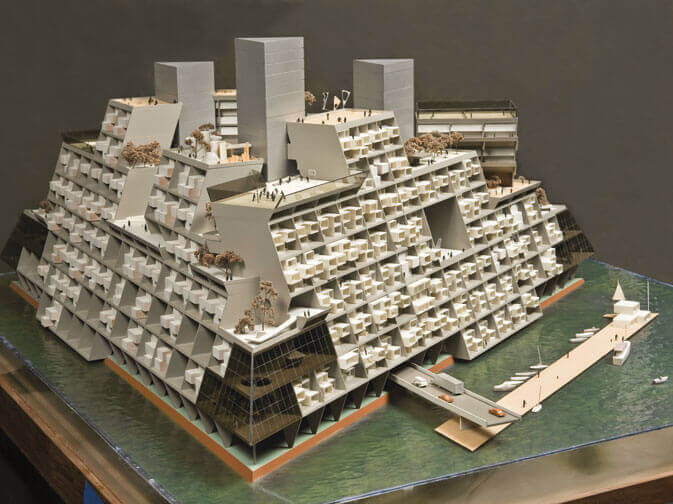 BR: What was your involvement in the creation of the Dymaxion Map projection? Where were you at the time? Can you explain its geometry and why it was a breakthrough in cartography?

SS: The class project with Bucky at Cornell was to make a 20 foot sphere replicating the earth using 1/8 inch by 2 inch wood lathing with hexagonal chicken wire mesh as a cover and copper screening cutouts to represent the continental land masses. As I was familiar with mapping and cartography, I was selected to be in charge of plotting the location of the land masses onto the sphere. When Bucky discovered that I was adept at cartography he asked me to join him in preparing an icosahedral version of his earlier Life Magazine Dymaxion Map which was projected onto a fourteen-faced cuboctahedron consisting of squares and equilateral triangles. The twenty-faced icosahedron consisting of only equilateral triangles was closer to a sphere, hence more accurate.

Working evenings after work during the summer of 1952 at an architect’s office in New York, I completed transposing the spherical data from a 12 inch Replogle globe onto which I had transcribed twenty spherical equilateral triangles, onto twenty planar equilateral triangles. The planar triangles were assembled into the present familiar layout and a unique version showing just the continental outlines was prepared at the request of the UN in 1952. We called this the UN Dymaxion Airocean World Map and it was the first public disclosure of the map. It is now in the Fuller archives at Stanford University. 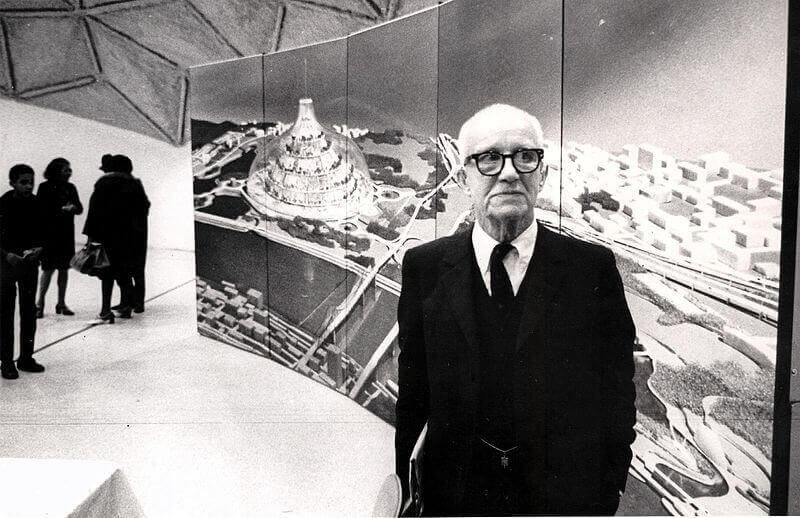 I graduated from Cornell in February, 1954 and was asked by Bucky to come to Raleigh, NC where the NC State School of Architecture’s student magazine wanted to publish the map. The map with just continental outlines needed to be completed with color coded temperature gradients and place names. I moved to Raleigh and began working on the map and also became friends with the staff at Bucky’s Raleigh office - Geodesics, Inc. which I later joined after completing the map.

BR: The Raleigh projections breaks from an equilateral triangle partition of the globe by having two of the triangles segmented in order to not cut off Western Australia from the rest of the country and to keep Southern Japan and Korea attached to the rest of Asia. Was this a difficult decision? Was there anybody on the cartography team who wished to keep the all of triangles of the map intact?

SS: We had to make a difficult editorial decision re: the triangles near Antarctica and Shandong. Rather than cutting Antarctica in two we decided to divide the equilateral triangle into two right angle triangles. The Dymaxion projection is one of very few world projections that show Antarctica. The Shandong triangle was divided into thirds. These decisions were made by Bucky and me. 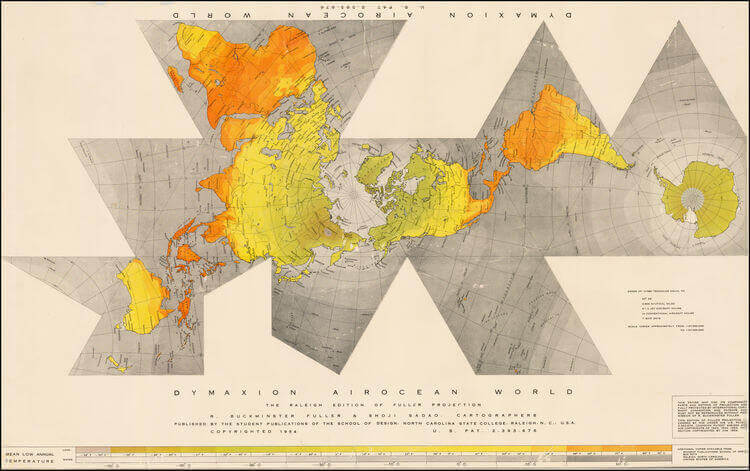 BR: The Raleigh Projection features no country names but does have geographical features and a number of cities listed. Some of these cities (Norfolk, Va for example) are not necessarily the largest or most well know cities in a given region. How were the cities and place names chosen when making this projection? Did personal histories and relationships influence the selection process?

BR: Why was the map created? What was it’s purpose?

SS: The map was conceived by Bucky as an antidote to the ubiquitous and distorted Mercator world projection which grossly distorts the size and shape of continents as you move north and south of the equator. Bucky always thought comprehensively and globally and reasoned that if you want to accurately assess world data you need an accurate world map. The Dymaxion map is the most accurate two dimensional world map and is the basic map used in World Game. 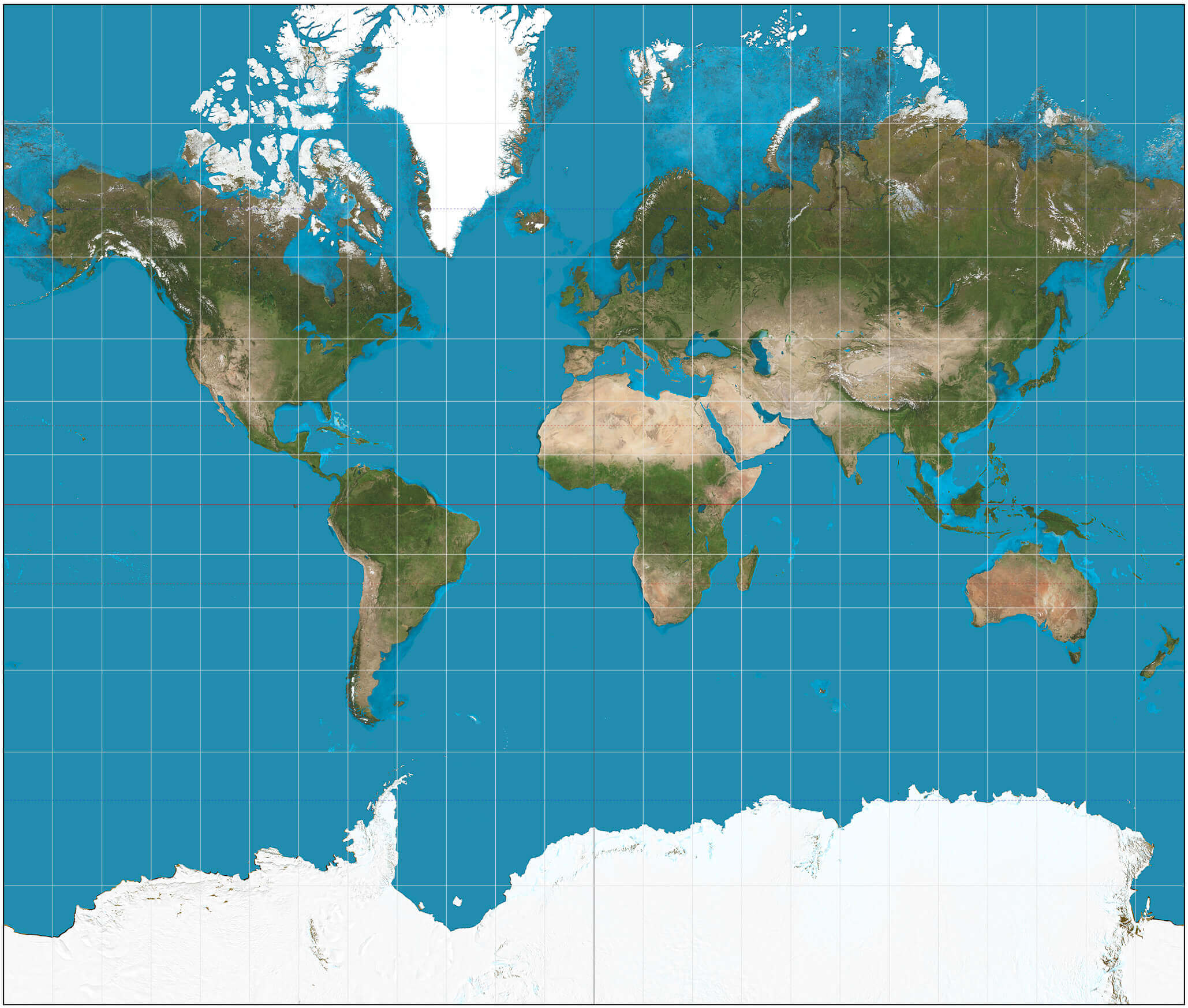 BR: Given that the Dymaxion projection was created to more accurately depict the land to water ratio of the earth, and the size and proportion of the land masses, in your view, it is needed now with current technologies like google earth? Do you think the projection to this day has significance?

SS: Unfortunately, we’re still Mercator obsessed and it’s still the default world map. I cringe every time I see it displayed so prominently but human habit is hard to change. The tech companies should wise up and adopt it as their world view default map.

SS: Brendan, talk about why you used the Dymaxion Map and where your inspiration came from?

BR: Buckminster Fuller's writings and lectures have always been a great source of inspiration, but it's the beauty and ingenuity of the physical work that grew out of his philosophy that resonates most with me. The Dymaxion globe was one of the projects that stuck with me, with its inherent logic and idealized goal of accuracy and unity.

The Dymaxion projection practically screams to be cut out and assembled, with the visible geometry at the edges of the map inferring their mating pair like jigsaw puzzle pieces. Indeed there were already Dymaxion maps that incorporated gluing tabs or cut paper grooves and allowed users the chance to transform the map into a globe. But once you built them, those versions didn't facilitate disassembly and therefore remained static. I wanted to resolve this duality and create a map-globe that existed in each of its two states equally. 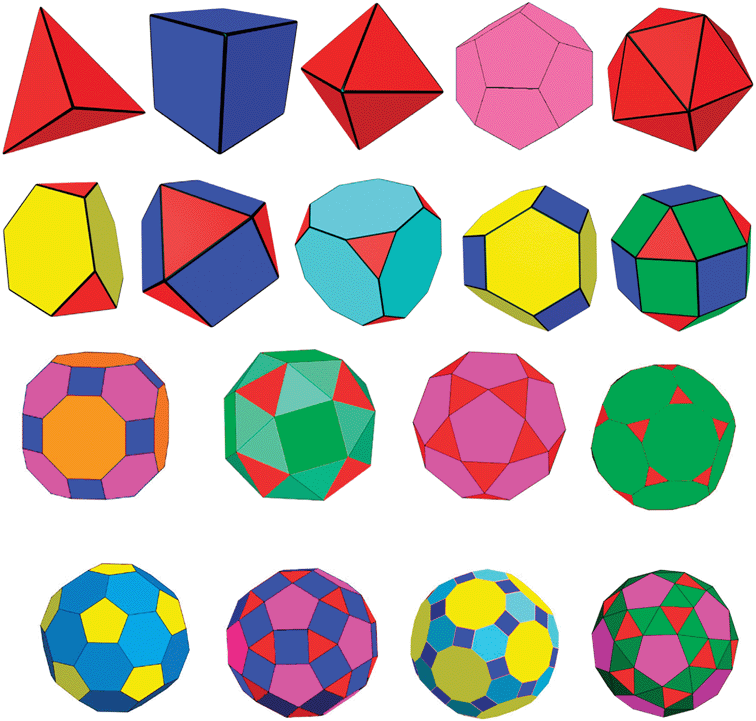 Examples of Platonic and Archimedean Solids

SS: Can you talk about the map from a purely formal perspective? As a designer? What is it like to work with this form?

BR: Working on the Dymaxion projection gave me a deeper understanding of the Platonic and Archimedean solids. I remember seeing those forms on a math poster on the wall of my geometry classroom in high school and being so drawn to their inherent logic that I ended up making three dimensional versions of icosahedrons and dodecahedrons at home out of those free postcards you used to get at coffee shops. Then seeing the Dymaxion map for the first time, I was drawn to how the underlying architecture of the icosahedron was utilized to create a map of little distortion but still manage to keep all the continents intact. When first creating the folding magnet version of the Dymaxion Globe I tried to keep true to the original projection, which had bisected a couple of its triangle tiles in order to maintain continental congruity. But in order for the form to work, I had to break from the original slightly and go back to a pure flat pattern icosahedron. By keeping all of the equilateral triangles intact and infilling the voids with magnets I was able to to create a Dymaxion Globe that can be built and unbuilt with great ease.

The Dymaxion Folding Globe - a collaboration between Brendan Ravenhill
and The Buckminster Fuller Institute available from Areaware.

Brendan Ravenhill is the founder of Brendan Ravenhill Studio which specializes in furniture, lighting, and product design. Located in the Cypress Park neighborhood of Los Angeles, the studio works to strike the perfect balance between material, function and form.

Shoji Sadao b. 1927 is a Japanese American architect, best known for his work and collaborations with R. Buckminster Fuller and Isamu Noguchi.