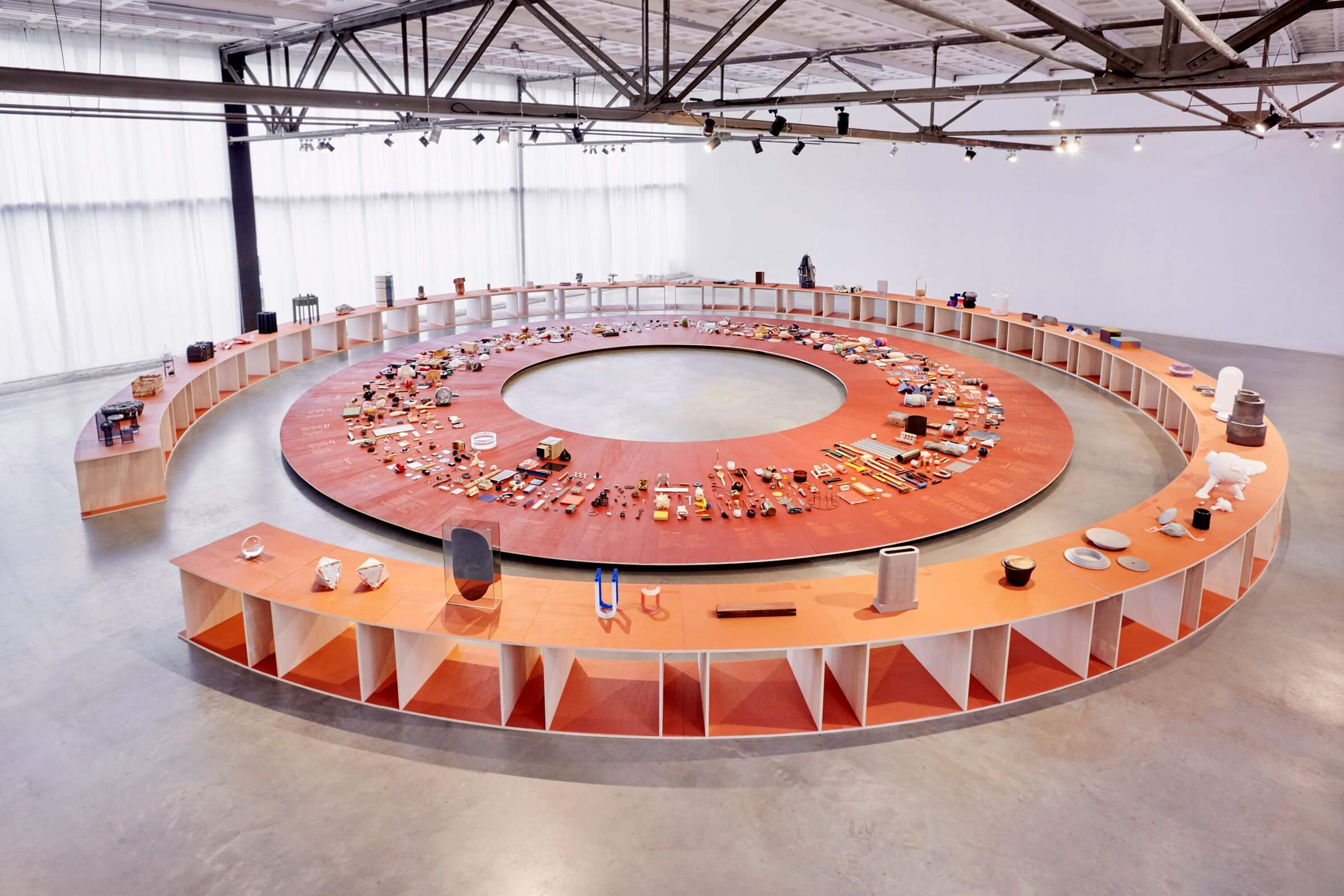 Dutch Invertuals has invited 45 of the designers it has worked with over the past nine years to exhibit more than 800 objects from their archives for a show at Dutch Design Week.

Displayed as part of Fundamentals – a show co-curated by collective Dutch Invertuals and design studio Raw Color – the objects, which normally remain hidden in the archives of the designers' studios, are intended to shed light on the designers' working processes as well as their views on form, material, and beauty. 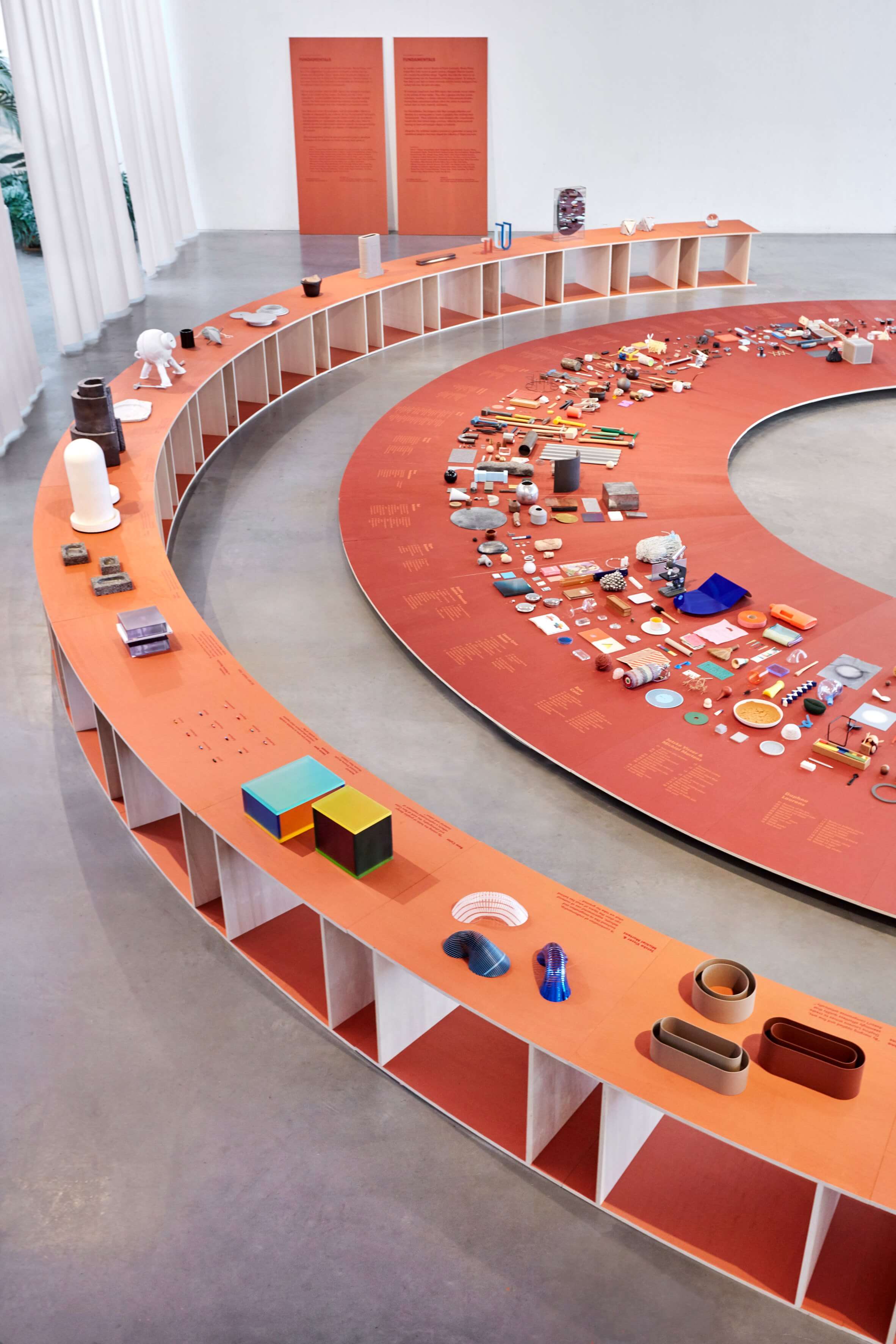 "Since we are collectors ourselves we are fascinated by objects or just the process of collecting," co-curator Christoph Brach of Raw Color told Dezeen.

"The more you gather, the more it helps you to define your surrounding, how you filter, what you like or dislike. A single piece could eventually spark an idea or be a source of inspiration to start a new project."

In addition to the displayed objects, each designer was asked to create a container inspired by the objects from their archive.

"The designers take their personal collections and identities as a starting point to create a container that manifests their 'Fundamentals'," explained Wendy Plomp, founder, curator and art director of Dutch Invertuals.

"We’ve chosen the container as a basic and abstract thing, that has a simple functionality and allows everybody to interpret it in their own way," added Brach. "Next to that we liked the symbolic aspect of it, since a container allows to collect and gather things in it."

"What was particularly surprising to us was that we could see some common visions amongst the individuals. In the end we defined nine categories to divide the 45 participants." 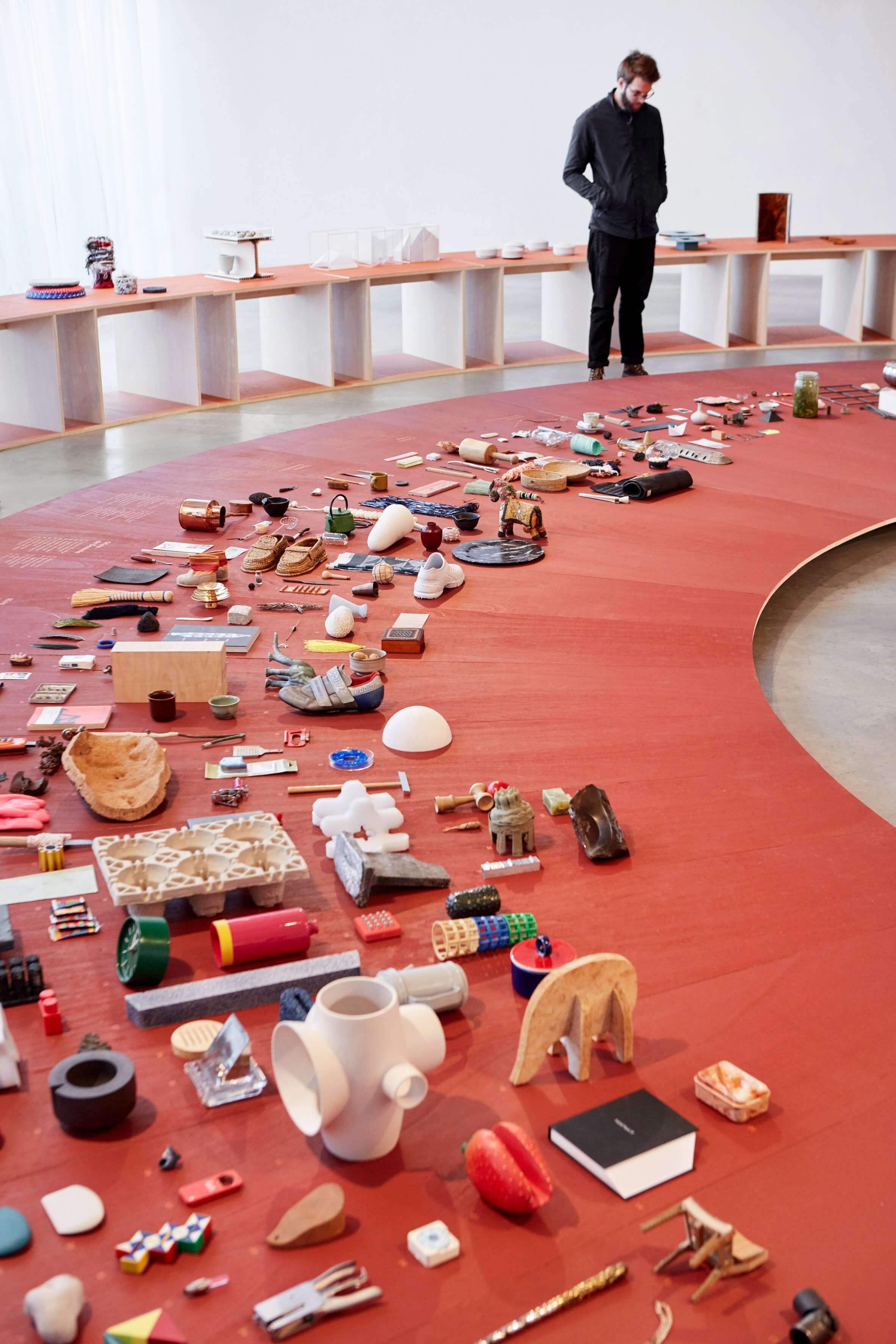 Categories included: The Workers, The Purists, The Technicians, The Anthropologists, The Remixers, The Alchemists, The Twiners, The Detailers, and The Brutalists.

"For example, 'The Workers' can usually be found in their workshop, immersed in their world of machines and tools," explained Brach. "They are the true makers that are continuously inspired by their surroundings."

Located in an industrial exhibition space in the Central Station area, the objects and containers are arranged by category across two red and orange concentric plinths designed by Daphna Laurens.

Recalling the appearance of a clock face, the lower inner circle displays the objects, while the containers sit across the taller outer circle.

"It unites the participating designers by its compositions," said Brach of the exhibition's circular design. "It somehow refers to the process we are showing; objects are inspiring us, we learn from them to create new things. These new things might serve the same purpose, so the end result might become a new starting point again." 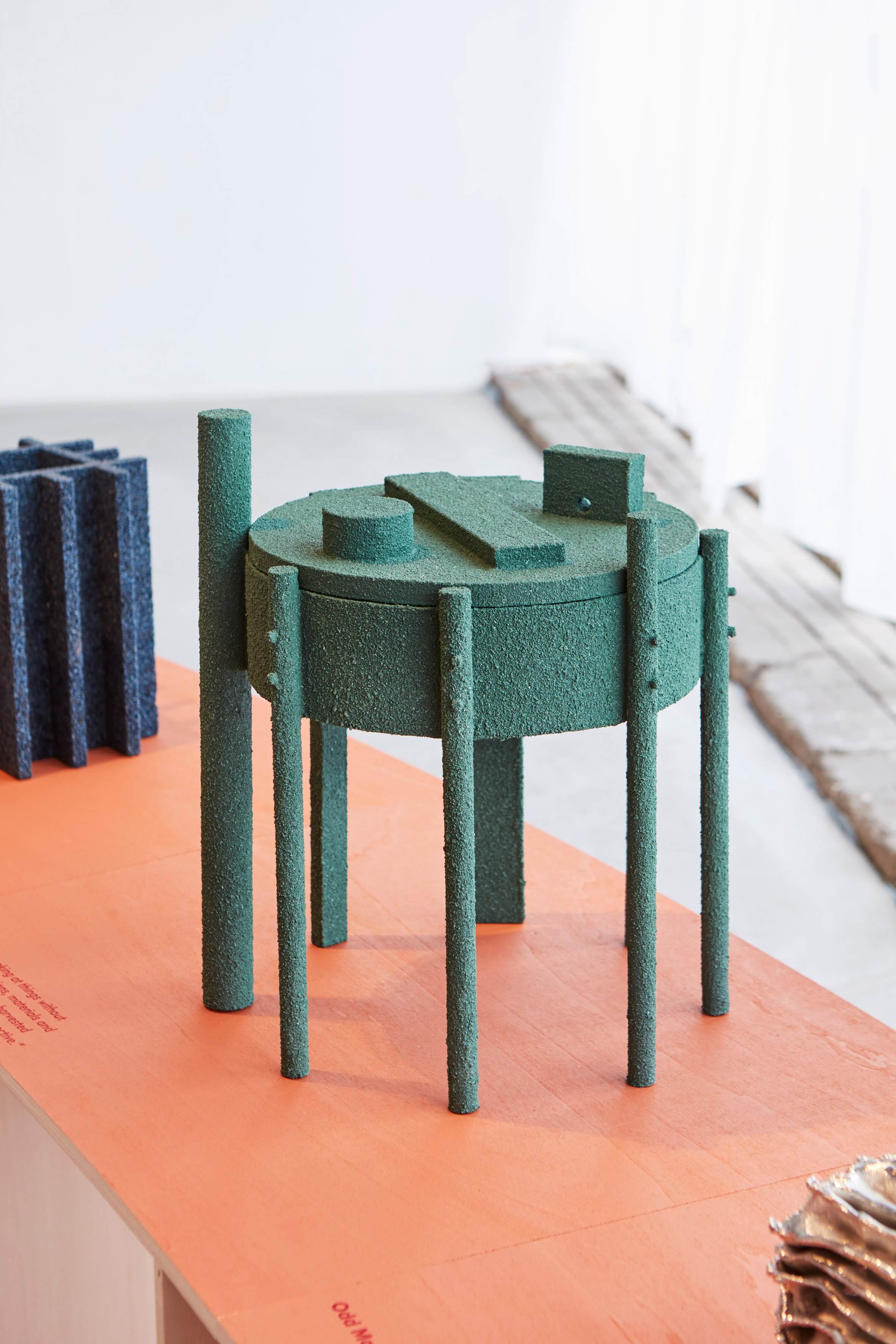 Visitors are invited to walk around and in between the two circles to view the exhibited pieces.

"Altogether, the exhibition creates a portrait of a generation of young and established designers that have shaped the collective of Dutch Invertuals," said Plomp. 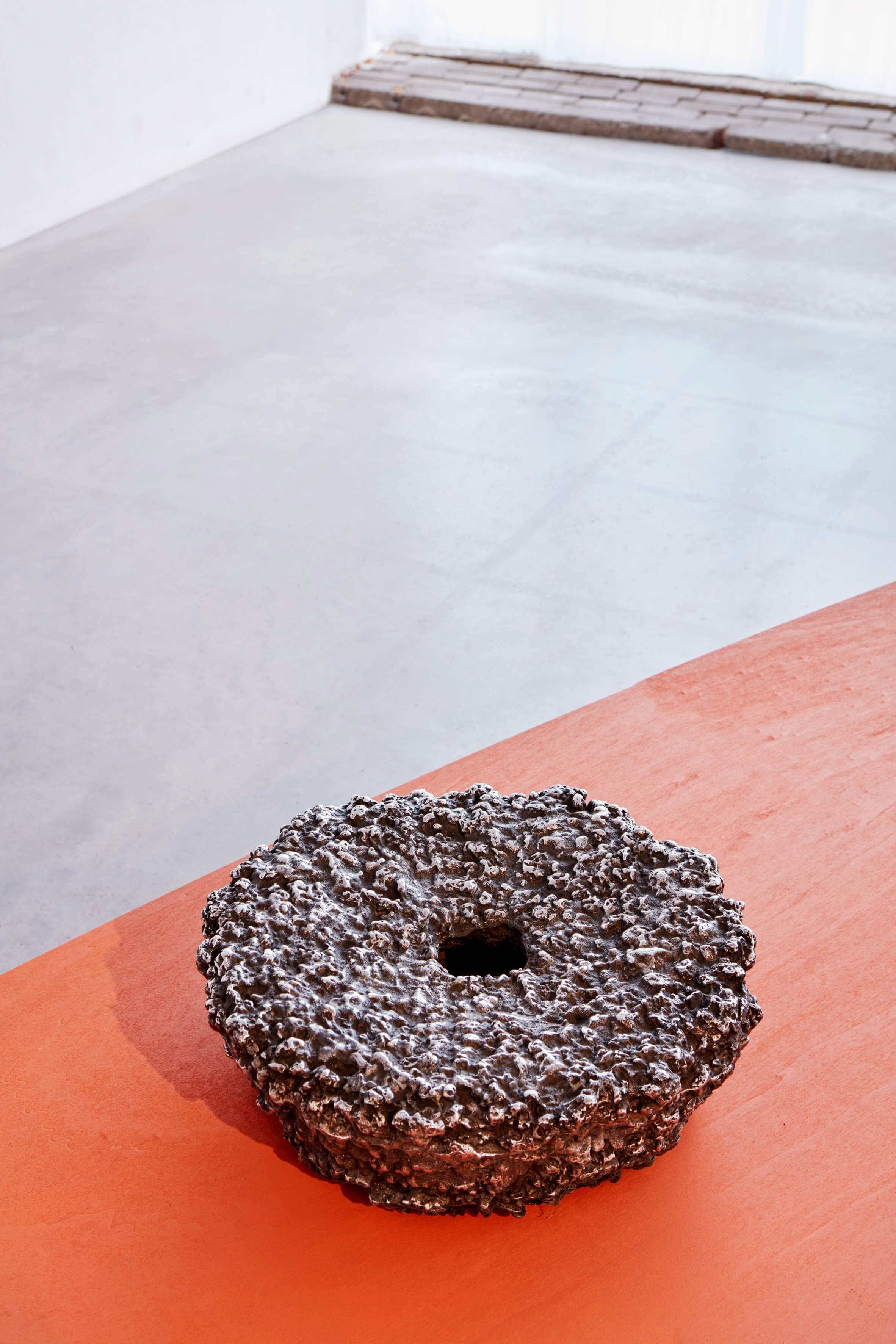 Previous Dutch Invertuals exhibitions, which take place in Eindhoven and Milan each year, have included a showcase of objects designed as physical representations of emotions, and a display of objects that explore how the human race will tackle future global issues.

Fundamentals is taking place as part of this year's Dutch Design Week, which is on until 29 October 2017.