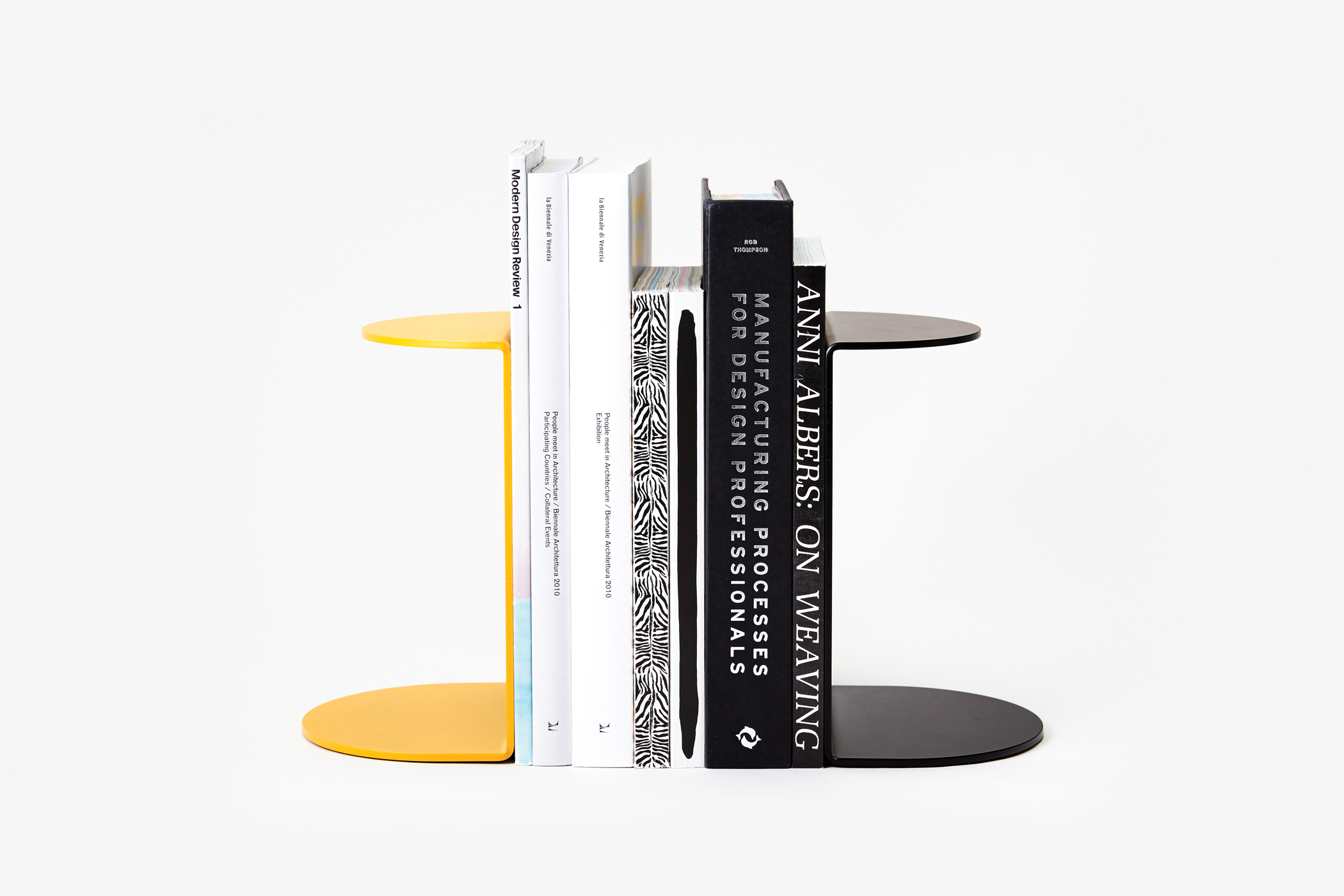 This interview is part of an ongoing series of conversations with the Areaware designers. We asked our Fall 2019 designers to select someone to conduct an interview with them about their practice. Henry Julier spoke with Sina Sohrab, designer and co-owner of Visibilty. Together they unpack the motivations behind Henry's new Reference Bookend for Areaware. Sina Sohrab: Why don't you tell me about how the bookends started? It was a self-initiated project, right?

Henry Julier: In late 2016, I was invited to participate in a bookend show at the LA Art Book Fair, called In Support Of Books, curated by Norma Studio. They invited me in October and the show was in February. I had to quickly figure out what I was going to do, as I didn't have a bookend design in my portfolio.

My first step was to research what everyone else was doing and found that the market was saturated with purely decorative designs – small sculptures that just happened to have a flat side to interface with a book. 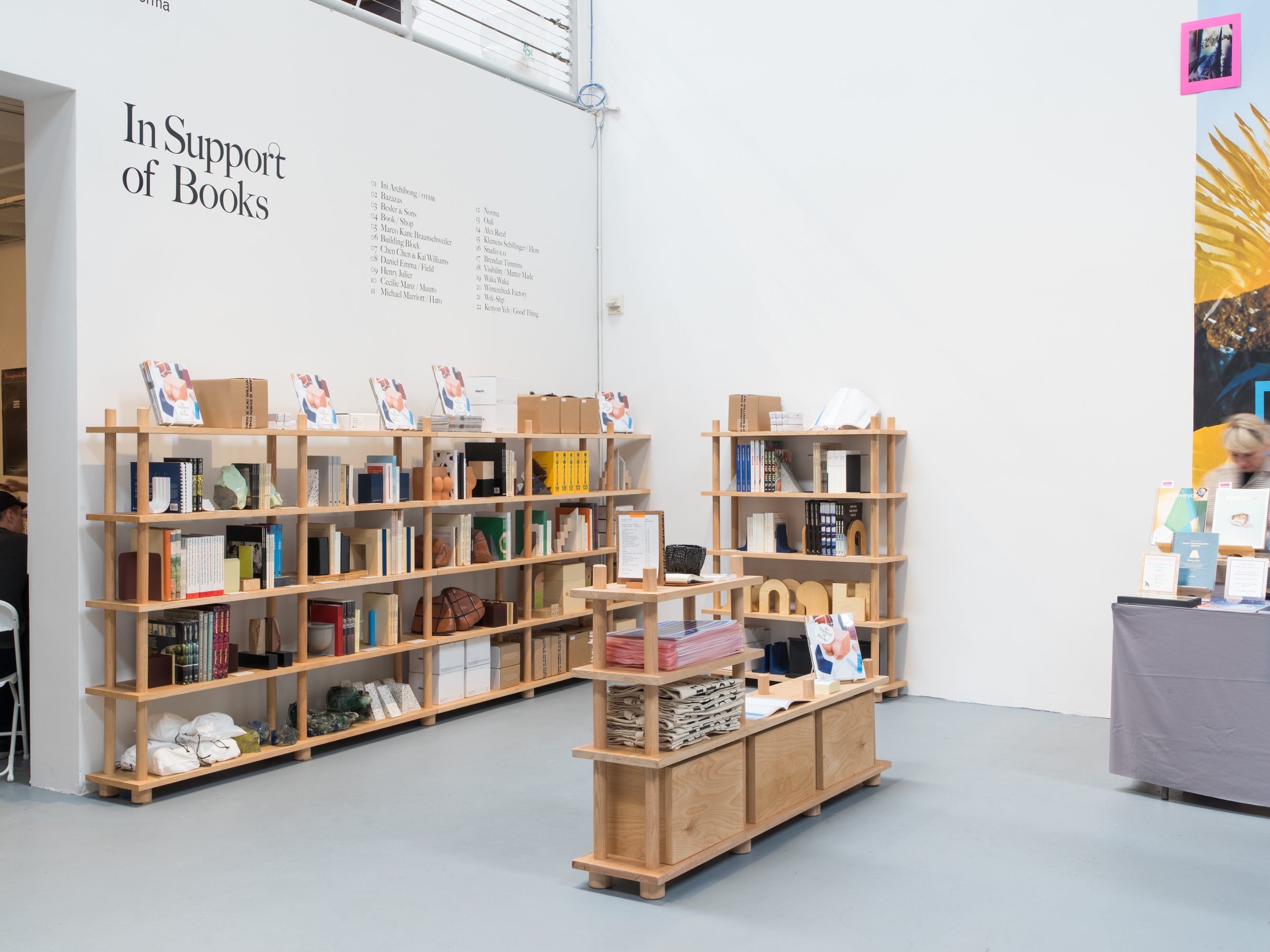 SS: Right. There’s a low threshold for function if you're just holding up paperback books.

HJ: Exactly. As a counterpoint, I thought of starting with the idea of a lowbrow sheet steel bookend and get it to work better for my purposes, which at the time was holding up vinyl records. That was the starting point for me. At first, I spent some time researching if I could coat the whole thing in rubber.

HJ: I didn’t want the thing to slide! But that turned out to be a huge pain. The rubber pad on the bottom of the final design, as ordinary as it is, does a pretty great job, since the bookend is atypically thick and heavy. 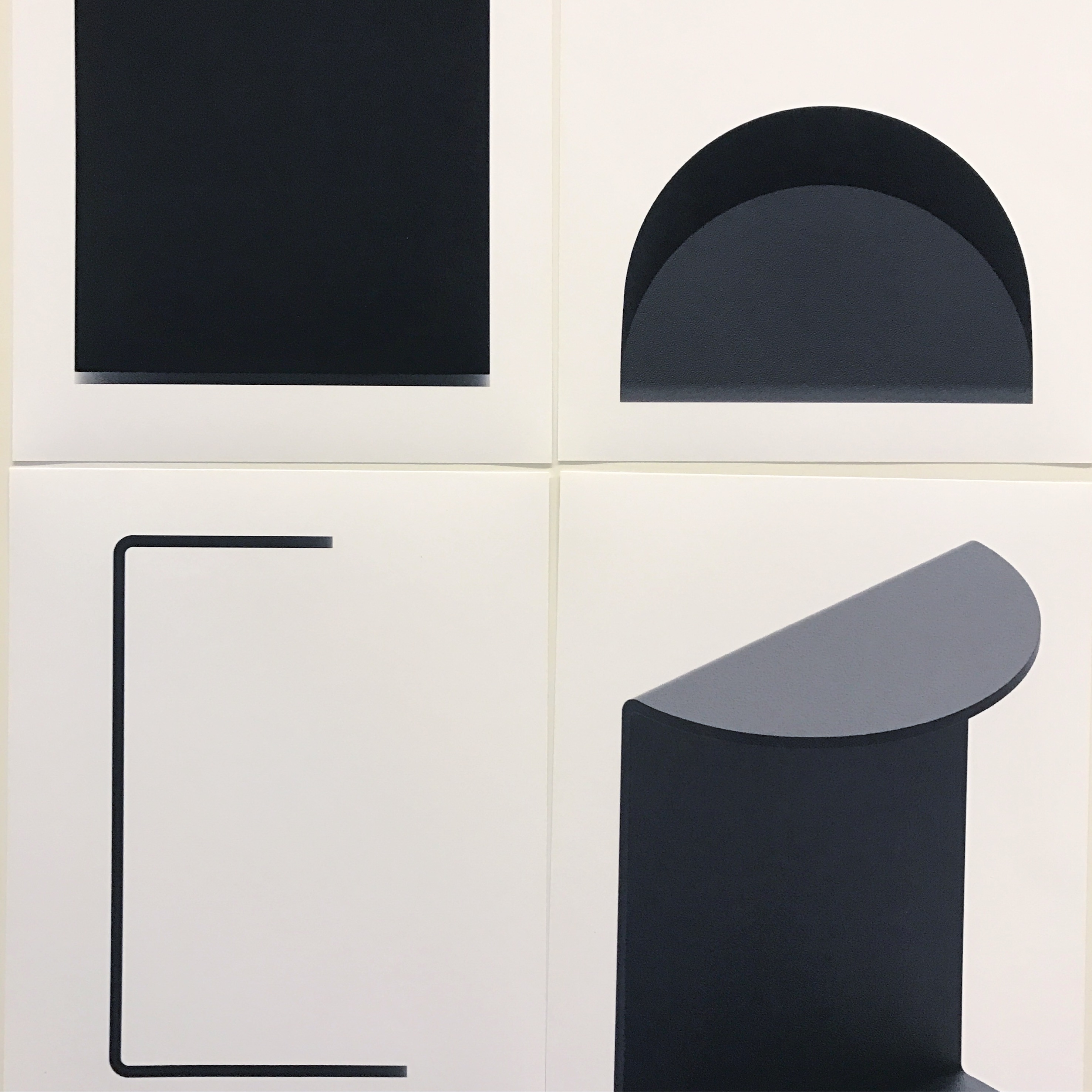 SS: How thick is the bookend then?

HJ: My original prototypes were close to a quarter of an inch thick, which was overkill. For the production version, we found the sweet spot of heft vs. shipping weight. One observation I had was that when you’re trying to move a bookend around, especially a thin bookend from Muji or the like, it’s always trapped under the books and you can't get at it. 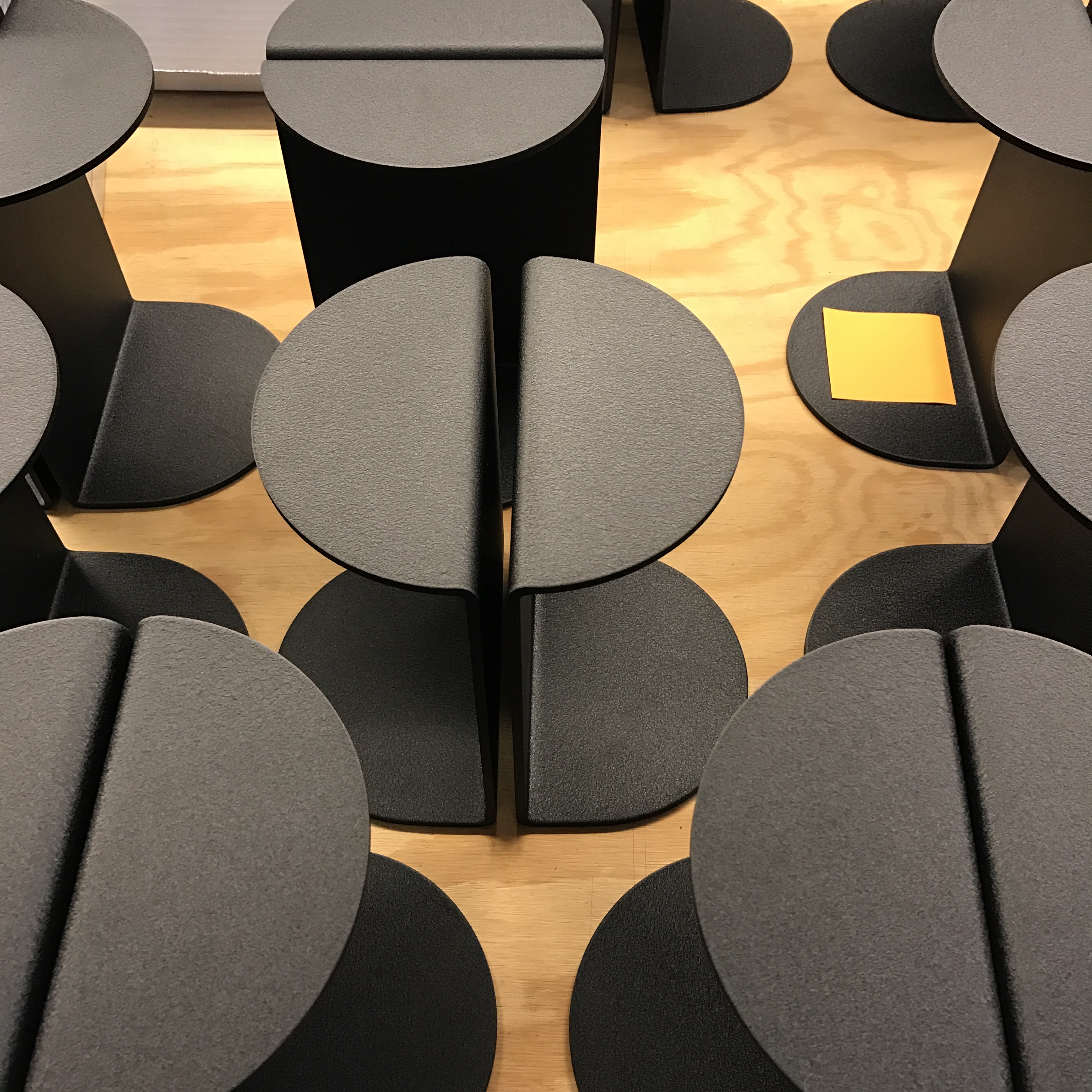 SS: Right! You have to use your fingernails to get in there.

HJ: Exactly. It became obvious you’d need some kind of flange or something to grab onto, to help reposition the bookend.

SS: Is that why you decided to go with weight rather than leverage?

HJ: Yes. My sequence of decisions was this: the bookend needed to be thicker so it wouldn't flex, and larger so that it could deal with heavy books and vinyl. But if it’s thicker, you can't slide it under books… so that forced me into looking at the bottom flange extending away from the books, rather than under them. 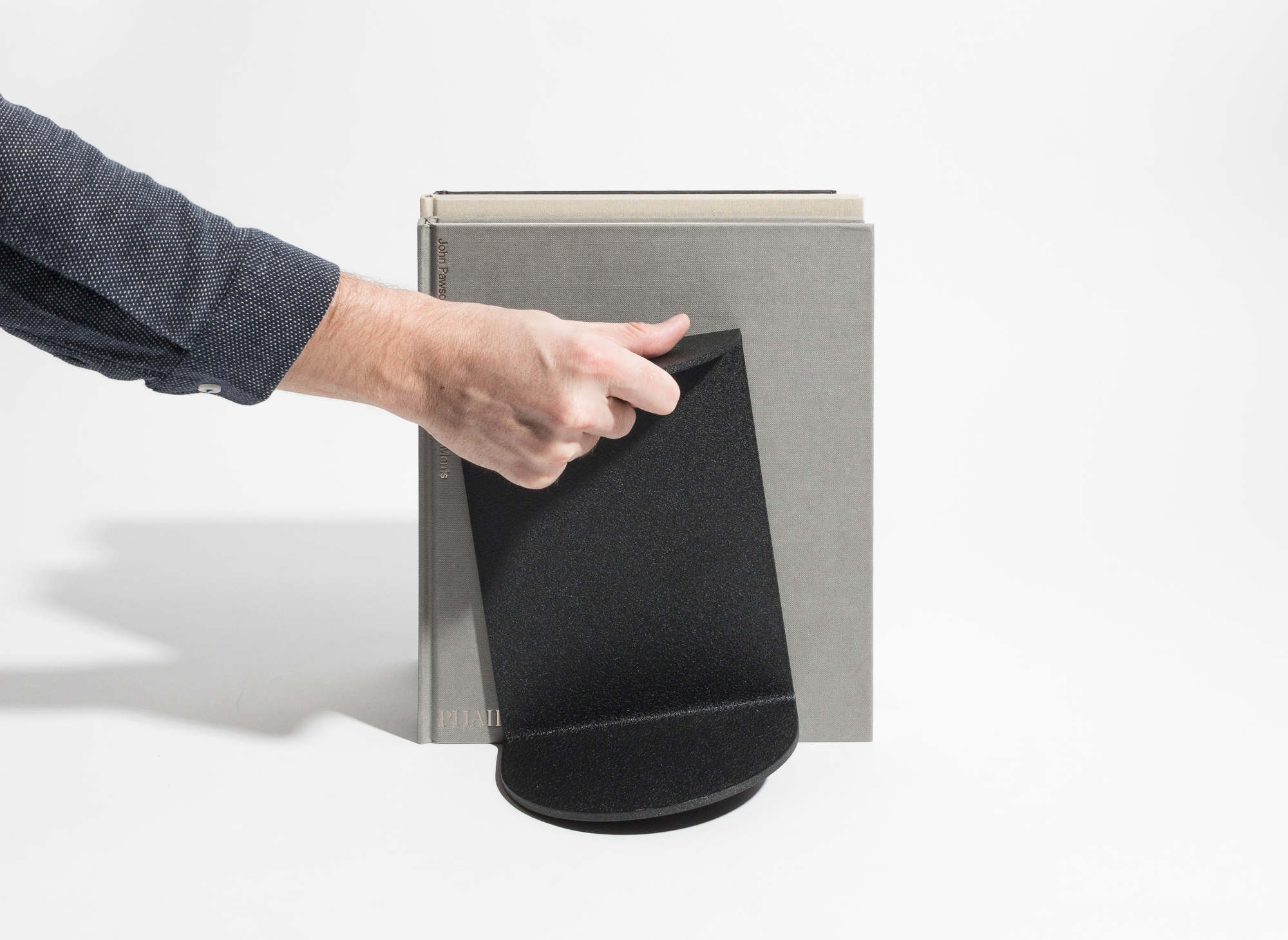 SS: And then you approached Areaware about taking it into production?

HJ: I had brought it unprompted to them, just saying, "Hey, I've got this, what do you think?" And even though my point of departure was really about solving for a specific function, I think the boldness and graphic quality that it has gives it a pretty broad appeal, which is perfect for Areaware.

HJ: $60 for a single bookend. That was another observation: in this “designer bookend” category, there are plenty of expensive options, and I wanted to provide an alternative to that – something practical.

HJ: I like that. I feel like the things that interest me – and maybe you and Joey (Visibility) – are trying to do more of the latter… trying to do something that is going to be better in the long run rather than trying to be different right out of the gate. SS: Well, something this simple, it really doesn't need to be over-intellectualized.

So, as long as I've known you, we've talked about books a lot. It seems like books are a big part of your practice.

HJ: Only after graduating design school and getting into the scene in New York did I begin to understand how important it is to know what people have done before you. Books are key to this understanding.

For example, only in the past few years have I gotten beyond my superficial judgment of post-war Italian design. I’d see something from that era and think oh, that looks silly. But in reality, a lot of those designers covered the same ground that you and I are covering now, or addressed the same problems back then that we're looking at now… people have already thought about these things and solved them in their own way and their own time.

SS: What have you been reading lately?

HJ: I got this in Finland: Ten Thousand Years of Design. The National Museum of Finland had a show of objects from Finland from 10,000 years ago to now. The intent of the exhibit, I believe, was to illustrate how Finns have used and manipulated materials and the environment. New and old objects are shown next to each other, which reveals a common line of thought. SS: This is so nice. I love collections like this where archeological finds are almost more interesting than newer designs.

HJ: Right! The information in the book is organized in a way to show “a legacy of values,” as the book puts it, and how man has affected material, and vice versa, in different ways over time. There is no right or wrong – just an ever-shifting set of criteria.

Maybe it reinforces what we were talking about earlier: it's less about trying to find that thing that no one's ever done and more about doing the right thing for the right place at the right time.

SS: Presumably, this project started off as a sketch. Tell me about your process. Is drawing a big part of your practice?

HJ: I'm never not drawing. Often I’d call it "impulsive doodling." In terms of drawing ideas for the bookend, it was a stream of consciousness. I'll draw over other drawings. It's not precious. 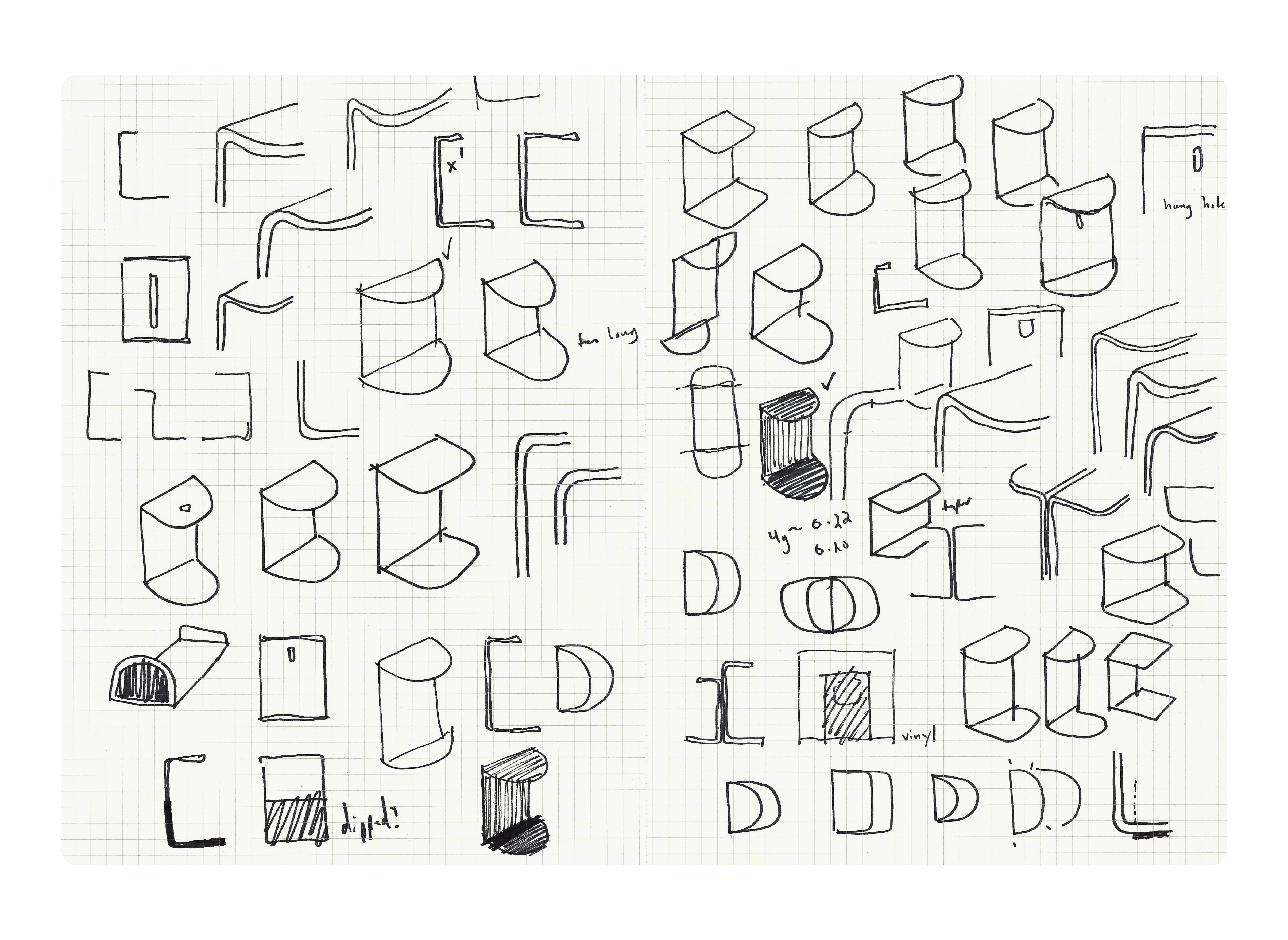 SS: I feel like drawing is a form of understanding.

HJ: Definitely. Often, I’ll draw the first idea over and over and over, and if it seems valid at the end of the day or the end of the week, then usually that's a good sign. But these drawings are really for my benefit. There's a lot going on in my head and I just try to draw without judgment.

SS: It's more of a part of your process for yourself.

HJ: That's right. As soon as I'm aware that someone else may see the drawing, I get nervous. So I try to keep the pressure on myself pretty low. In the case of Reference, the first idea was the right idea. And then I had to spend time trying other ideas if only to disprove them to myself!

HJ: For me, the ones I’m buying and keeping go beyond simple imagery of product. One of the fun things in the last couple of years has been seeking out design books where the content is just as good as the presentation. I try to avoid books that are just a collection of images you've already seen on Instagram.

HJ: Right! And when I was designing Reference and thinking about what kind of bookend does this want to be?, I was thinking about people who own books that are valuable to them, perhaps sentimentally ...

SS: ...and you designed an accessory for that. 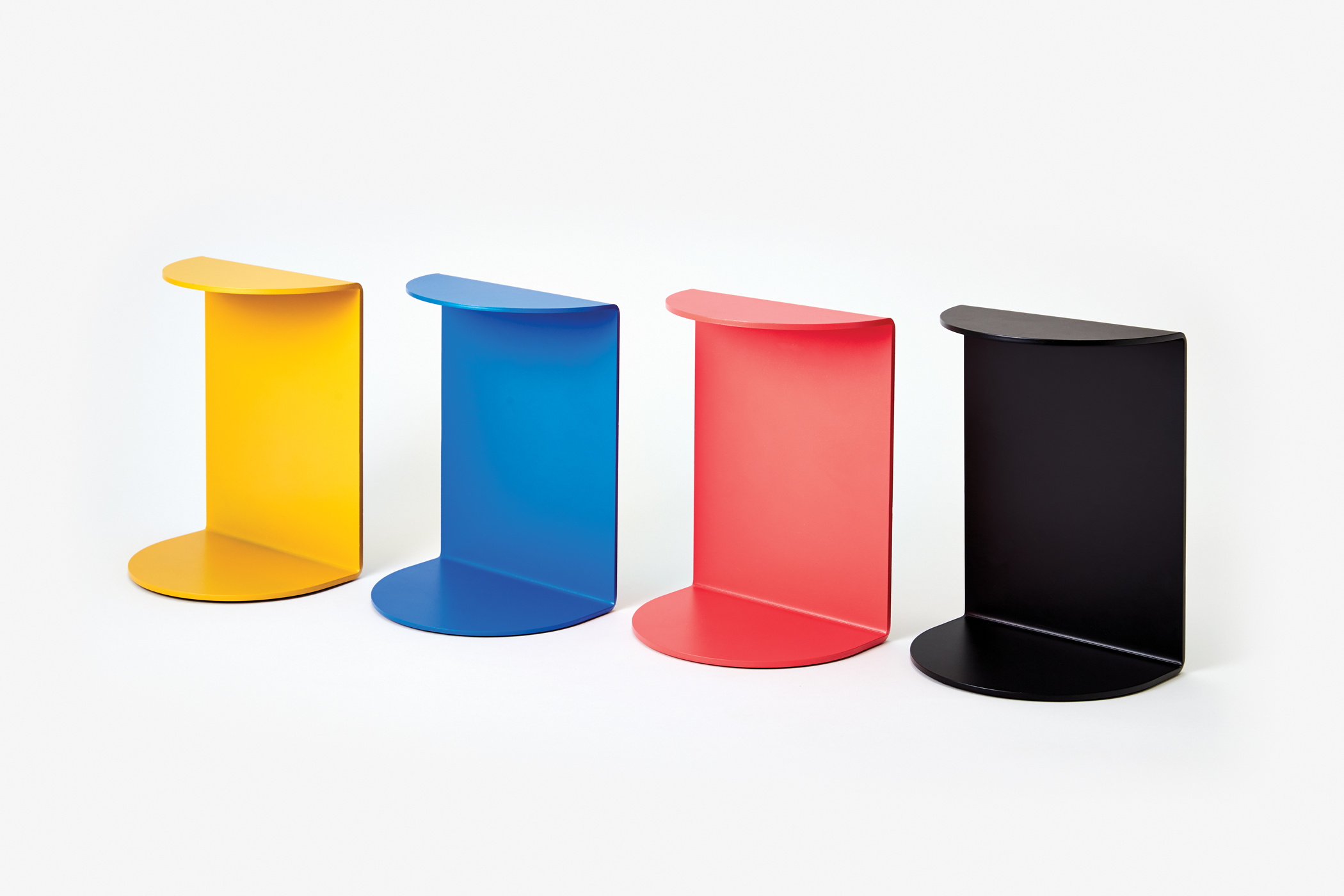 HJ: What will hopefully make Reference successful over the long term is that its appeal is more rooted in functionality and usefulness than in a certain vibe.

SS: And the way that it falls away visually to give space to the thing you're holding up in the first place.

HJ: That's true, from the front you almost don't really see them, you just see the books.

SS: It really is about the books!

Henry Julier is an industrial designer based in New York City. His work is guided by a strong belief in design as a problem-solving tool, as a way of recognizing and forming relationships between ideas and reality, and as a method for improving the connections between people and the products they use. After graduating with University and College Honors from Carnegie Mellon University in 2007, he worked for Jeffrey Bernett, Aruliden, and Johnson & Johnson before landing at Standard Issue in 2013 as their lead industrial designer.

Sina Sohrab is a designer and co-owner of Visibility. Visibility is an internationally recognized industrial design office based in New York City. It was founded by Joseph Guerra and Sina Sohrab in 2012. The office focuses on the purity of an idea, as well as its material and formal actualities. The constant ambition is to move forward while looking back, drawing on observation and innovation as instruments of development. Visibility aims to distill ideas to what they want to be, retaining what appeals to our human sensibilities.