This interview is part of an ongoing series of conversations with the Areaware designers. We asked our Fall 2019 designers to select someone to conduct an interview with them about their practice. Micha Bentel sat down with her twin, Nik Bentel, the designer of our Moon Chalk, to talk about objects, chalk casting and bad design. 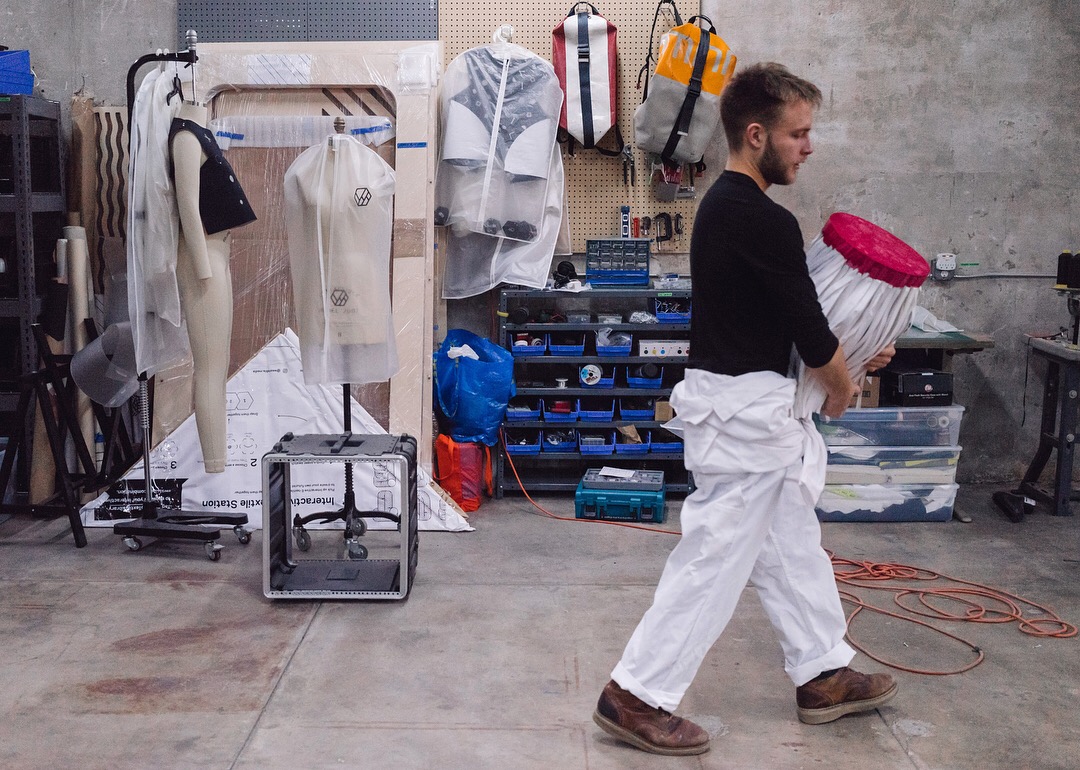 Nikolas Bentel working in his studio.

Micha Bentel: To start, where do you think your interest in drawing tools comes from?

Nikolas Bentel: Growing up, you and I both spent a lot of time under the drafting tables of our parents. Both of our parents are architects, working long nights while trying to raise three little kids. My first memory of drawing was stealing drafting pencils, architectural ruler and French curves off their desks with no idea how to use them. However, trying to draw with these technically precise tools, allowed for new and exciting ways of drawings to emerge. In creating the Moon Chalk, I wanted to capture this youthful way of drawing again.

You and I also had the opportunity to go to a Waldorf school where we were not taught with traditional children’s drawing tools like Crayola crayons. We had to draw using blocks of wax, fat pieces of graphite and big sticks of chalk. This opened up ideas of what drawing could be, which was more than just filling in the dots or outlining a picture. 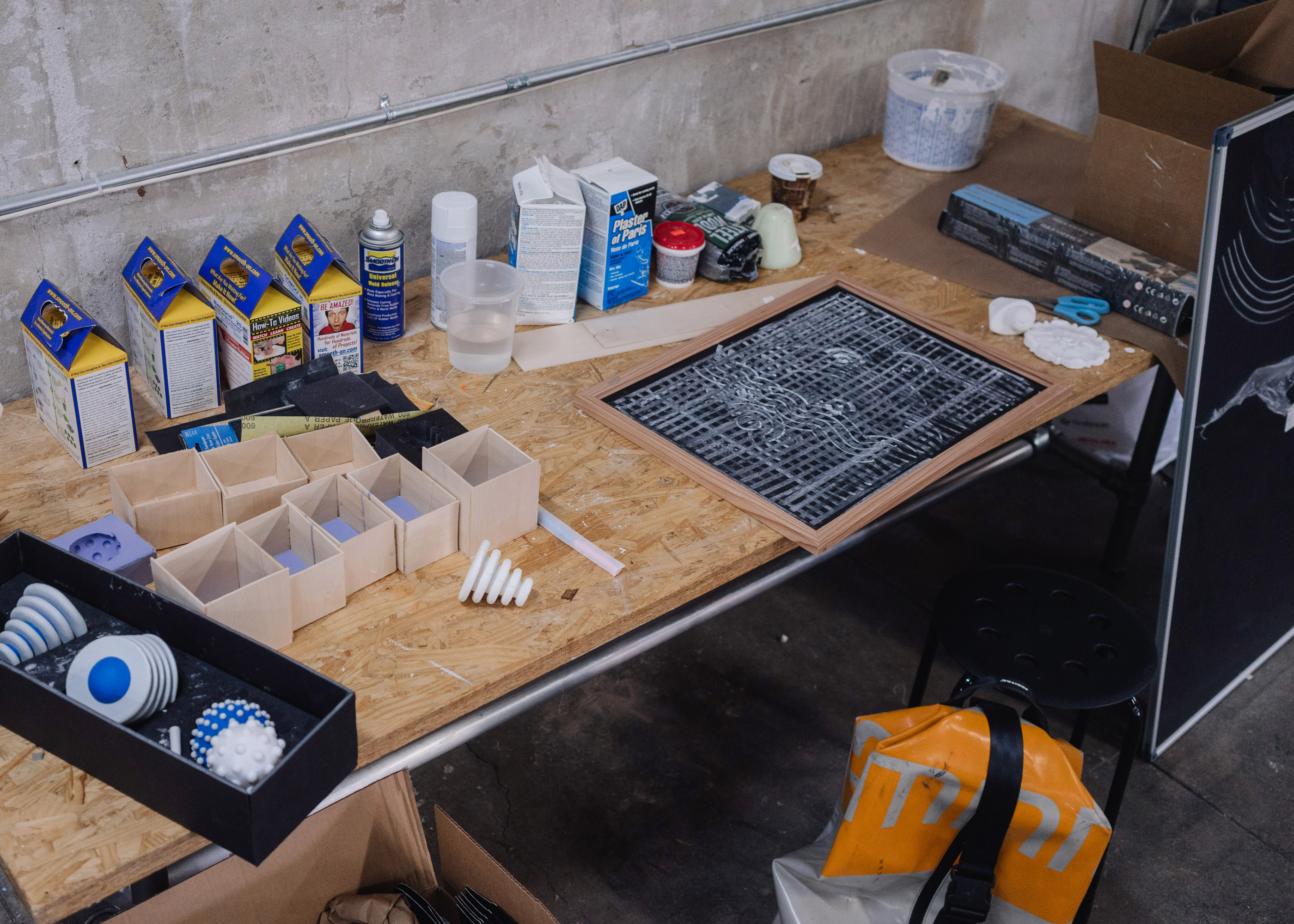 MB: Are your designs supposed to be fun or funny?

NB: Being funny is good. For me, design is a language, a way of communicating. I take comedy seriously, which is an ironic statement in itself I guess. It creates a counterpoint to the well-intentioned but narrow-minded utilitarianism that typically takes over when making things. Design should serve as comic relief as well as any other form of communication. 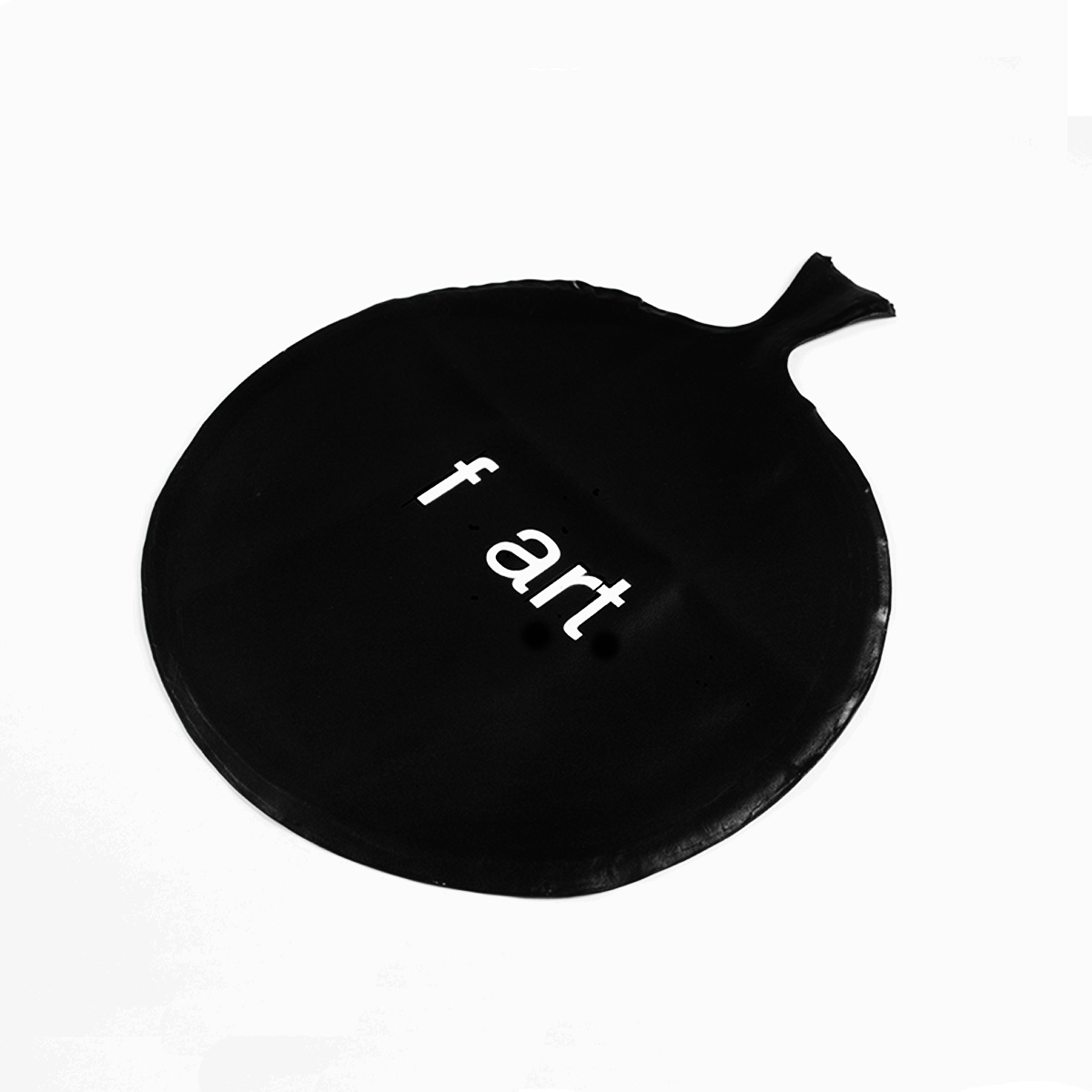 MB: In the past, you talk a lot about “bad design” being “good design.” What do you mean by that? Do objects really need a function?

NB: I don't think designed objects need to have a function to be successful. Their function could simply be their dysfunction! Their function could also be their destruction. For instance, The Moon Chalk lasts for a finite amount of time until it literally turns to dust. Once the first mark has been made, the object has been turned into an entirely new object!

MB: That's interesting about an object not needing to last. So when do objects need to last?

NB: All objects have different life spans, but what is great about Moon Chalk as a drawing tool is that the end product is not the Moon Chalk object, but the drawings that they make! Because the actual product is a drawing, there are infinite outcomes of what that could potentially look like. 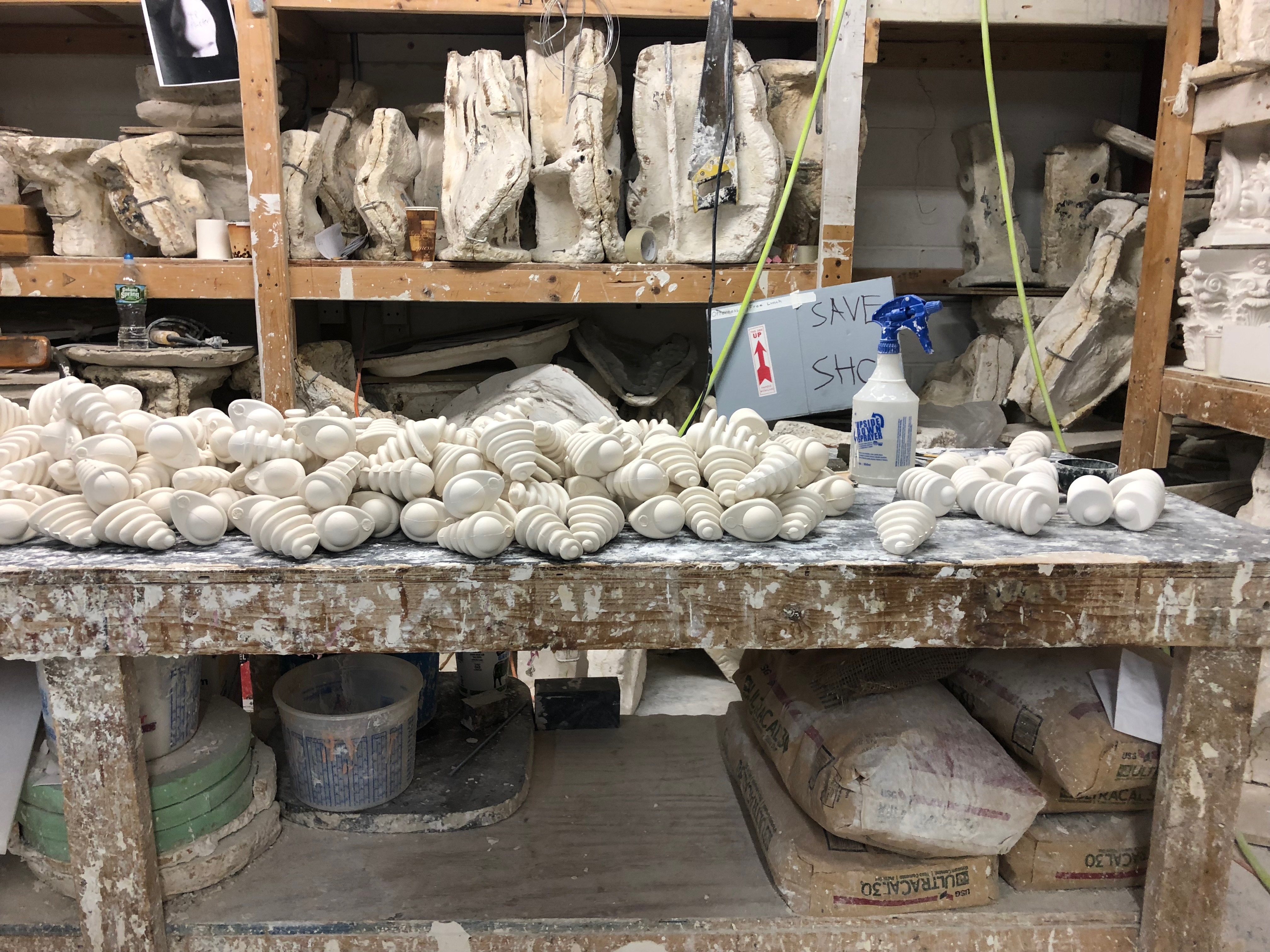 Testing many iterations of Moon Chalk.

MB: Were there any unexpected outcomes while designing Moon Chalk?

NB: One major unexpected outcome was finding a greater respect for mold making. After trying, again and again, to figure out how to make these original shapes, I gained an appreciation for a well-designed mold. The Moon Chalk molds ended up becoming beautiful objects in their own right.

A few of the original Moon Chalk molds.

MB: So why are you so interested in toys?

NB: I guess I take a lot of inspiration from being a kid and how we were brought up. Childhood is way too short and I want to reimagine a world where being playful is still a part of our day-to-day.

MB: What is your relationship to drawing?

To not get hung up on being precise, my sketches are quick and simple. I fill my sketchbook with poorly drawn stick figures and bad perspectives. My goal is to get the idea across as quickly as possible and then be able to move on to the next idea.

My hope is that this intention is carried into Moon Chalk, as they are tools that allow you to draw quick lines that guide your hand to be geometrically precise. So you can spend more time thinking about a unique design, rather than thinking about how to create that perfect line or a precise circle.

I recently finished a project where I tried to map my body using traditional drafting techniques. It is an impossible task to catalog and precisely measure a body because of our amorphous shape, which changes all the time. This project was more of a critique on the absurdity of precision than an actual attempt at mapping myself out. It did lead to some interesting drawings!

MB: And lastly, what responsibility do you have in the choice of materials you use? Chalk is such a unique material.

NB: A goal of mine is to always be aware of the material choices we make. Our job as designers is to create new objects – but making new things using the finite amount of resources on our planet is oftentimes counterintuitive and self-defeating. To be a designer in the 21st century, I feel like it is the designer's most important role to do their best to have equitable material values and to be constantly aware of the impact we are having on the planet. 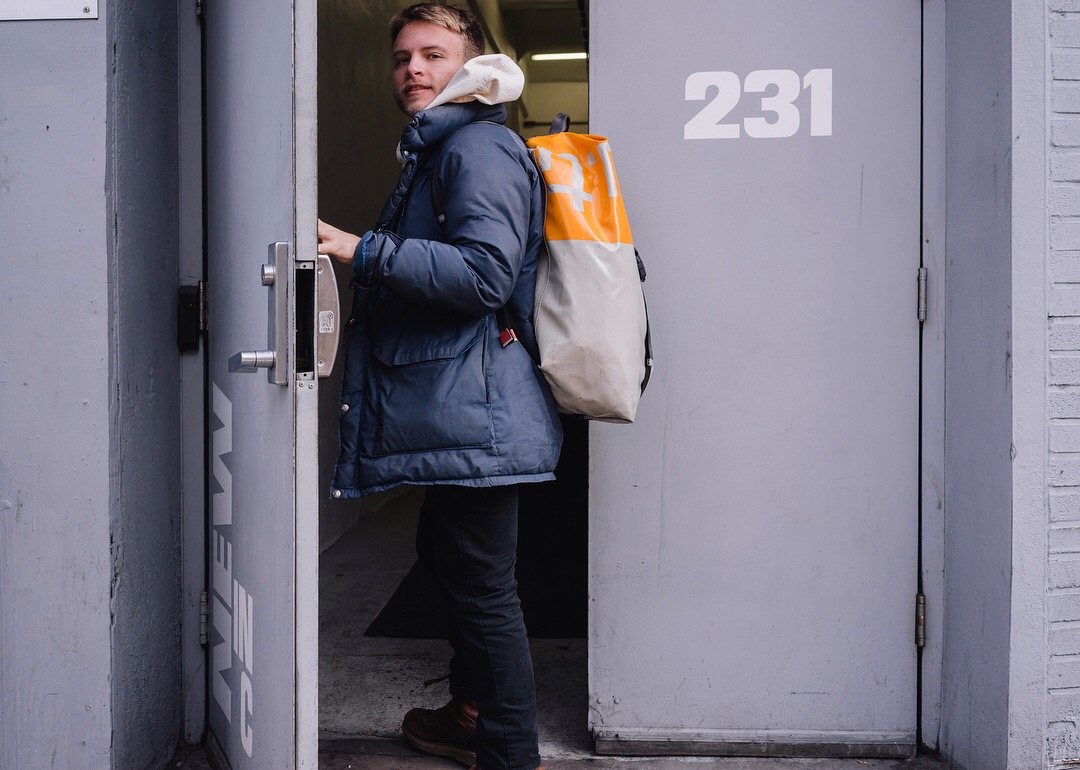 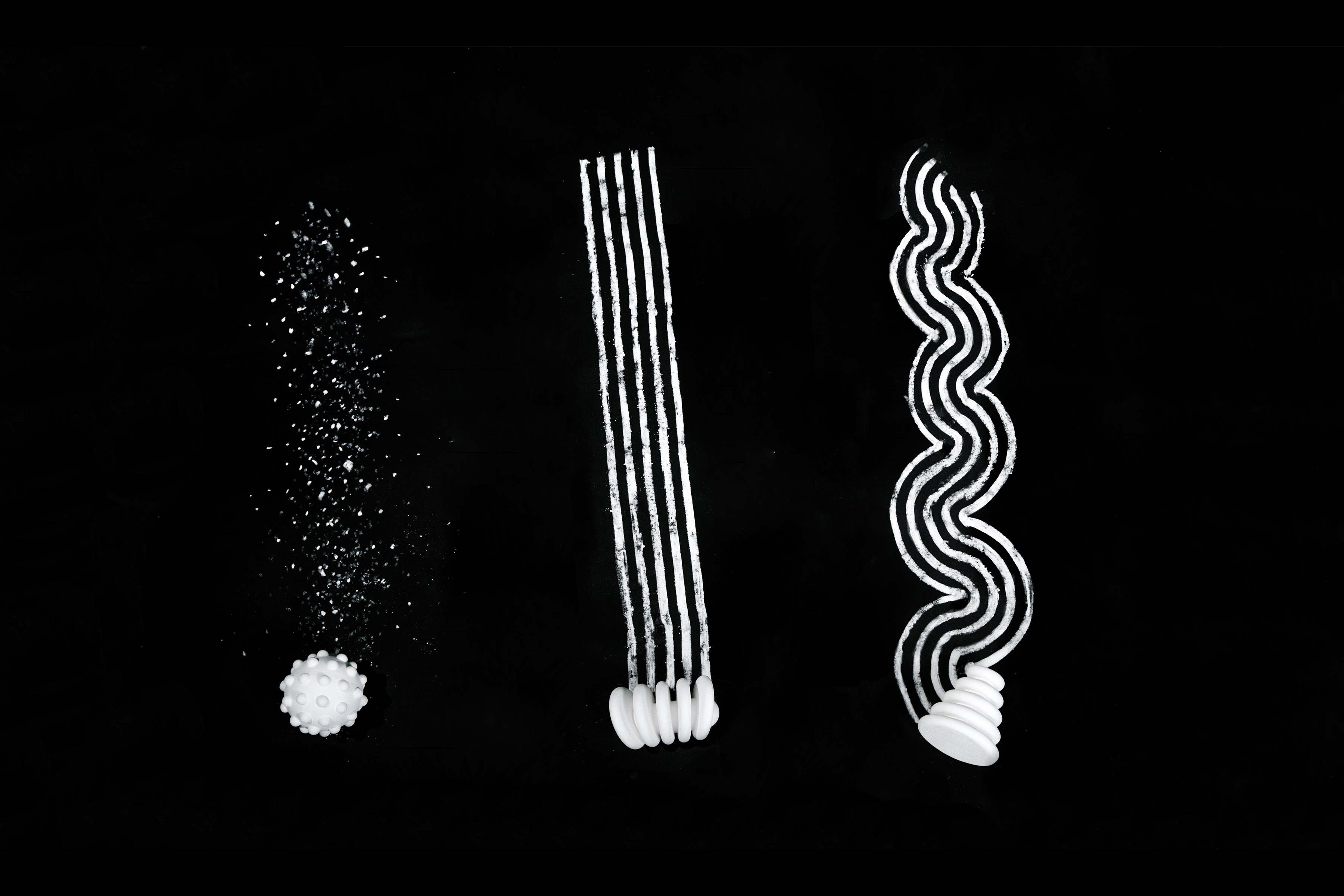