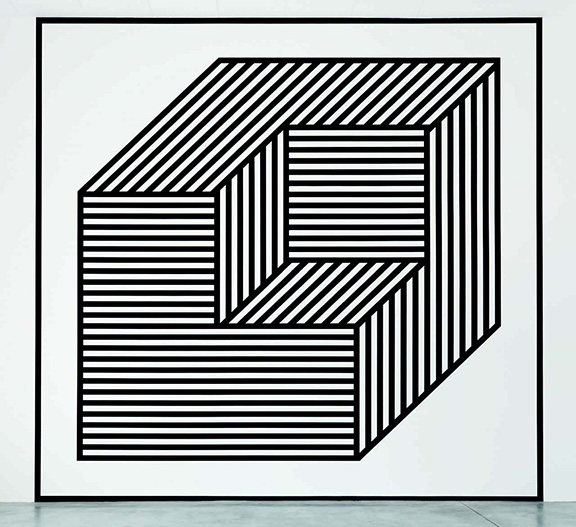 Bower’s first edition of Table Tiles play with optical illusion and tessellating color patterns. Taking this idea even further with their latest release, Table Tiles Optic, the design duo took inspiration from Sol Lewitt, the minimalist painter known for his use of pattern and larger than life optical work often made directly on the walls of galleries and museums. 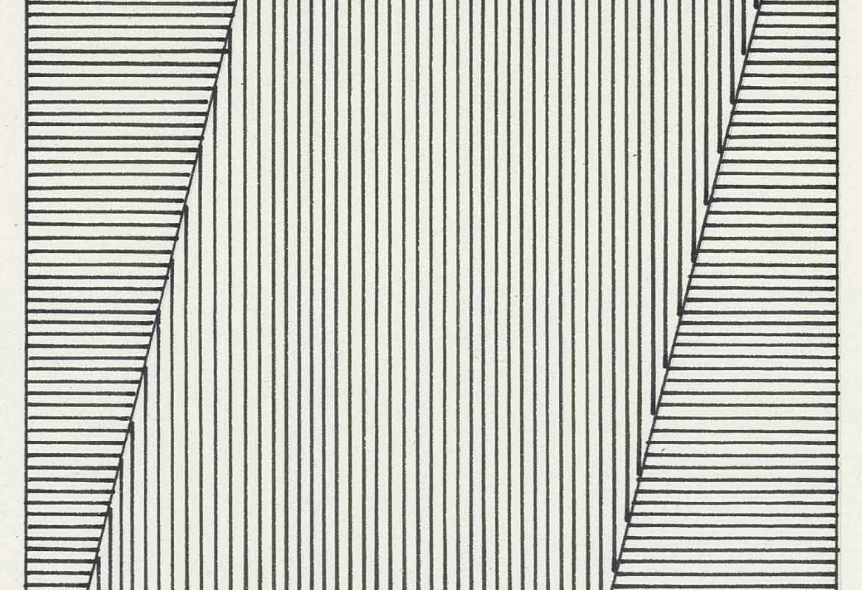 Bower, a contemporary design studio founded in 2013 by Danny Giannella and Tammer Hijazi, was interested in creating an object that could serve one purpose as a single shape and then a new function when pieced together into a single unit. Lewitt famously left his work up for interpretation, leaving behind only a set of instructions from which his drawings were to be made. Interpret Bower's Table Tiles any way you like, mix them to create a variety of patterns and designs, singularly as a coaster or together as a trivet. 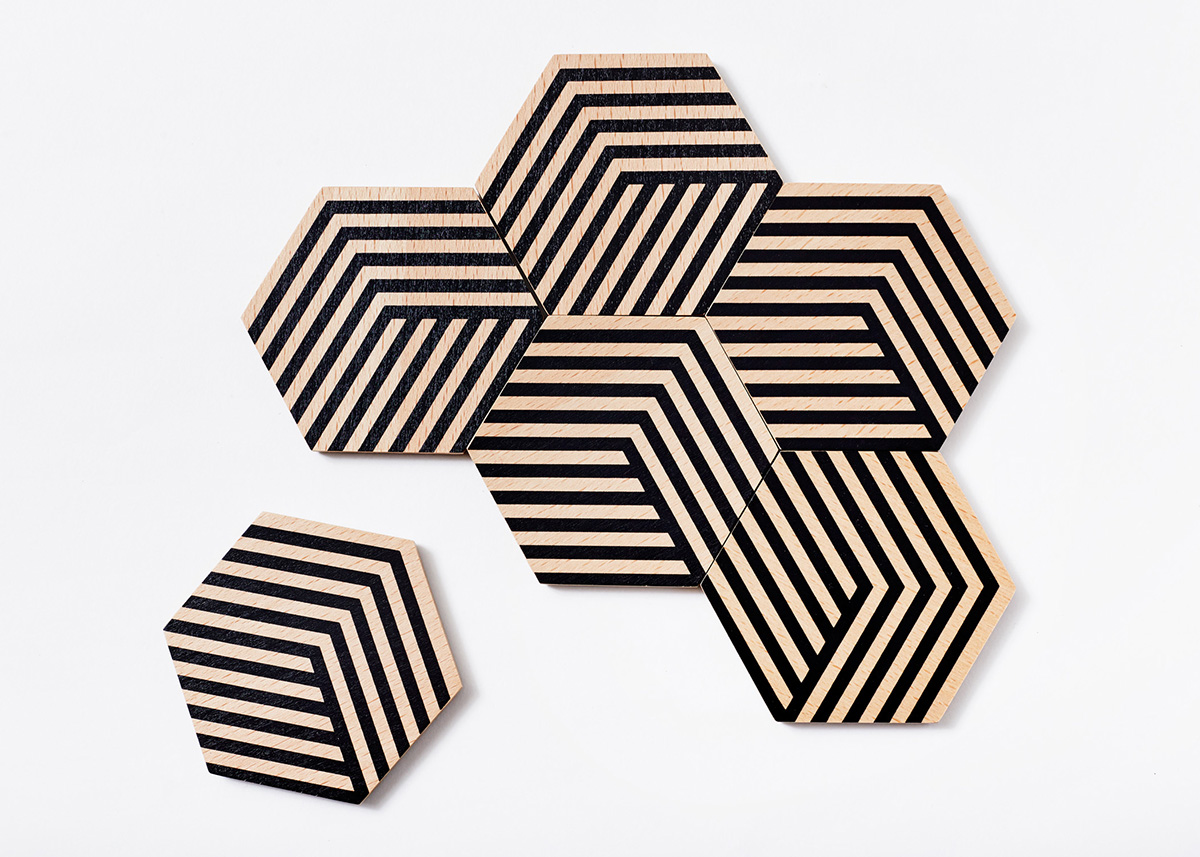 When we spoke with Bower about the origin of the design, they described the process as a playful experimentation of form. "When playing around with optical illusions with some of our other designs, we thought it would be interesting to explore shapes that tessellated, creating larger patterns. For our first experiment, we generated a few tabletop shapes to brainstorm and play with and had an 'aha' moment when one of us put a glass on one of them. We realized the idea of single coasters coming together to create larger trivets was a perfect application." 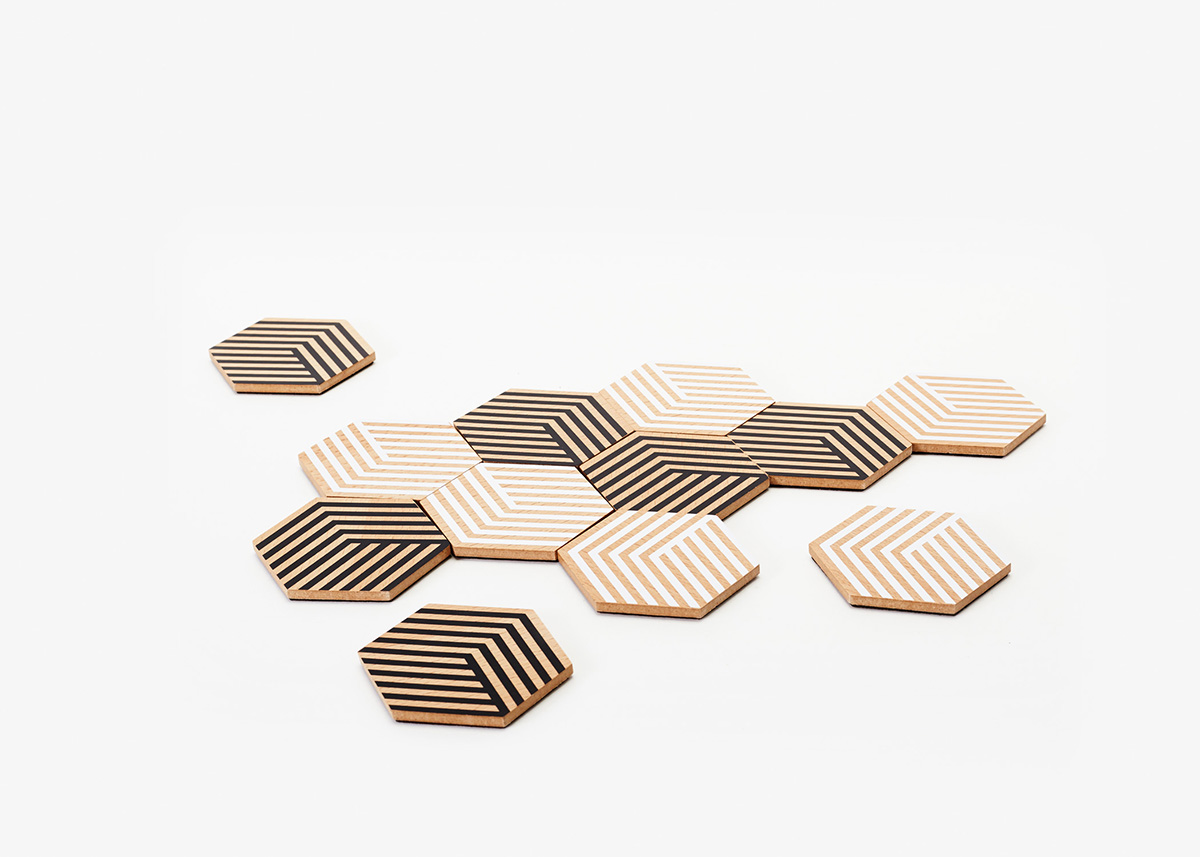 Table Tiles Optic are available in both White and Black—$18.