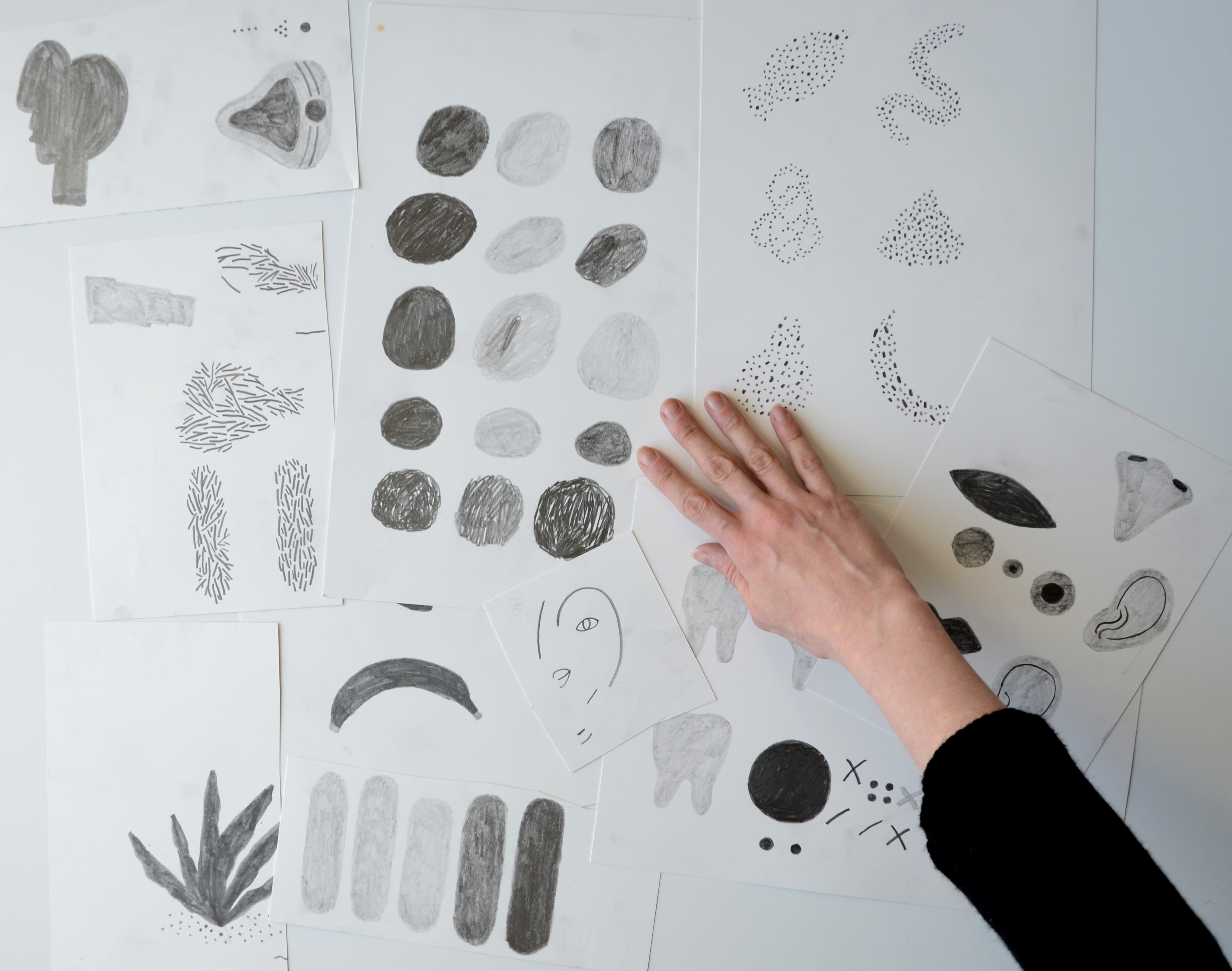 Rachel Domm and Mary Voorhees Meehan
on the development of their memory game Number 2 for Areaware. 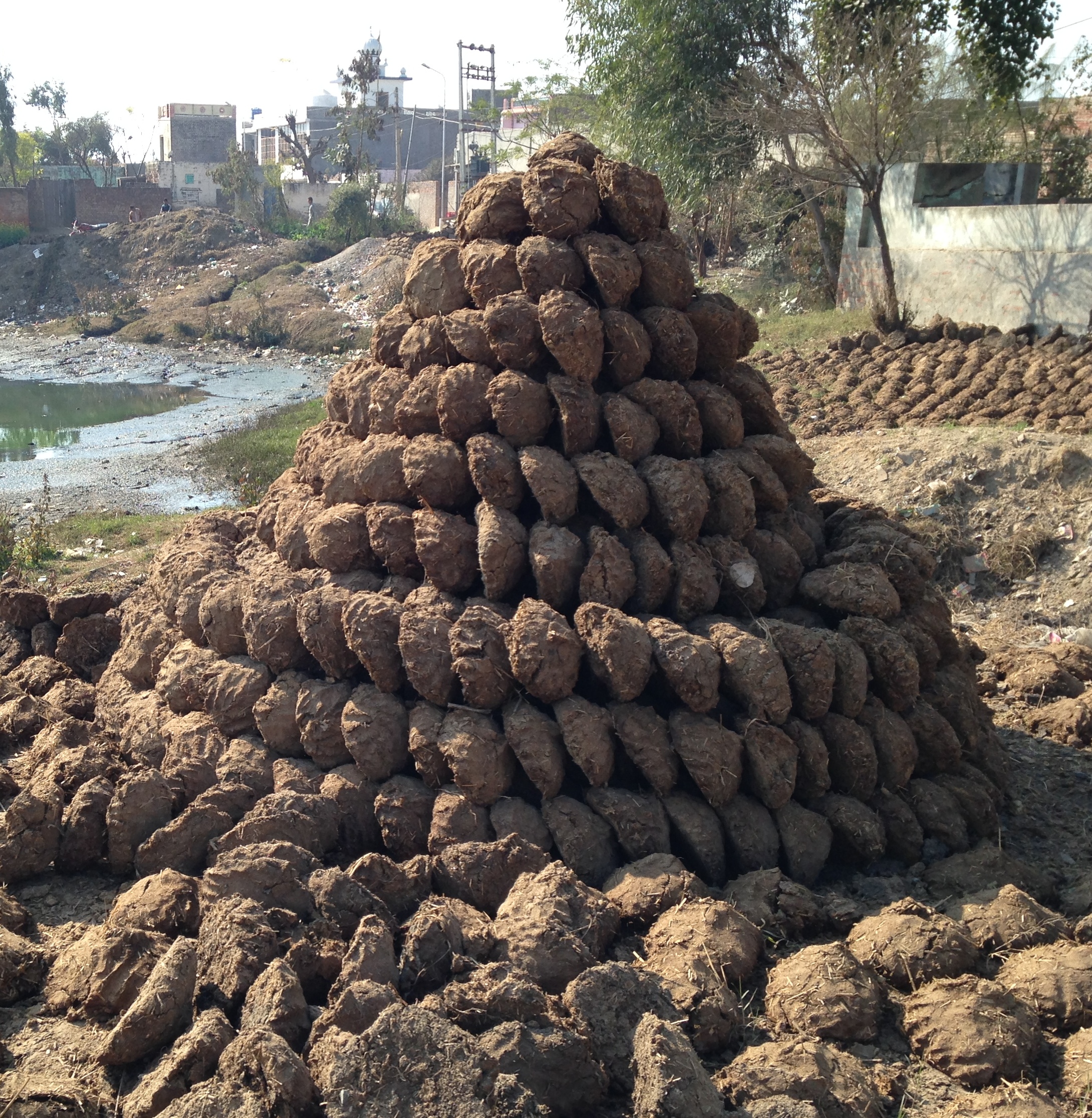 The need to document and remember the poop persisted. It was decided that Rachel would draw it. We hoped to make sculptures from Rachel's drawings and consider them against their ivory counterparts. We needed a vessel for our explorations so that they might be shared with others. A game, we thought. 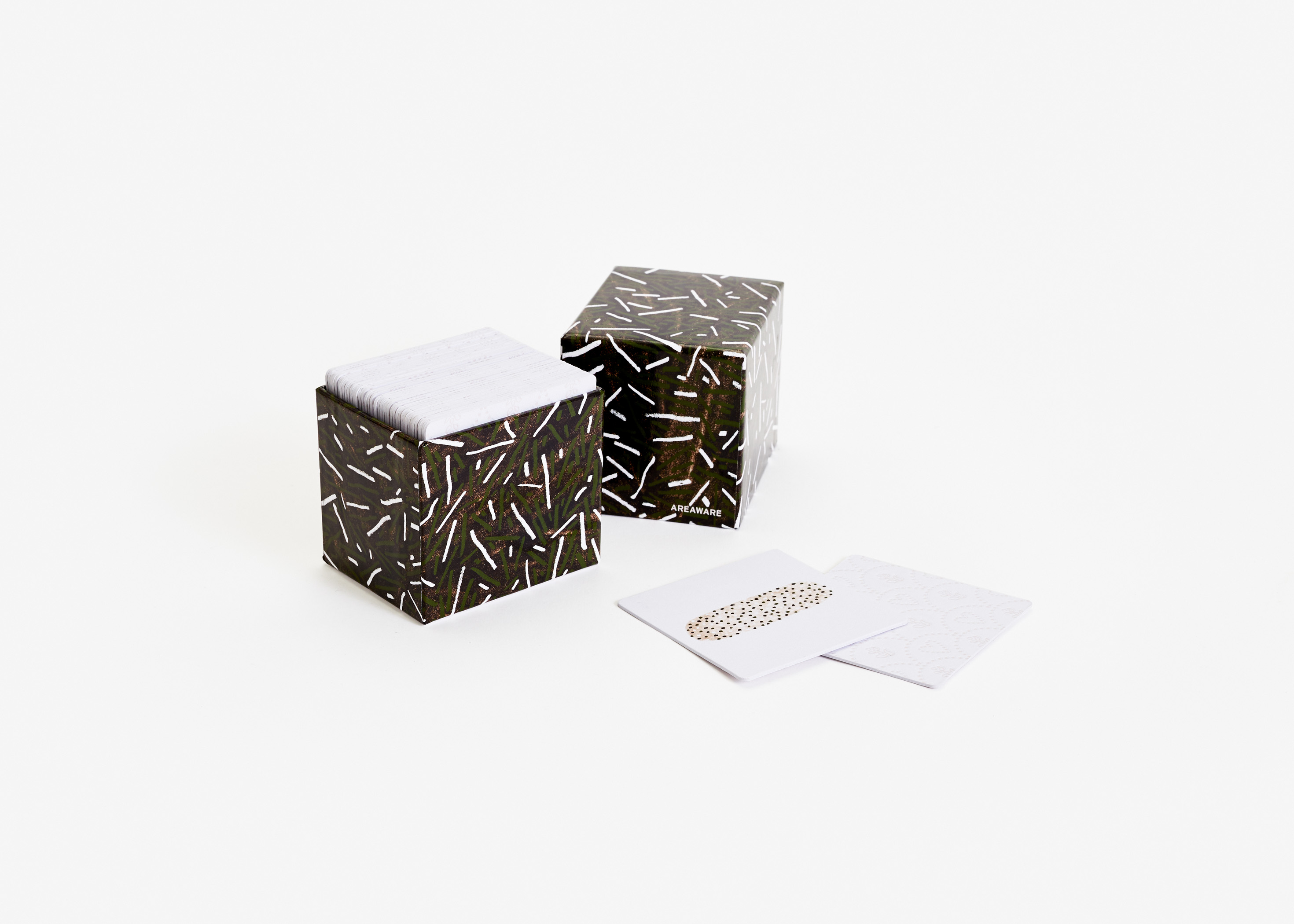 We wondered if "Go Poo!"—Go Fish!—might work and Areaware seemed inclined to think so. We thought it would be funny for players to try to describe the different poo illustrations to each other in order to solicit competitors for the desired card. We were excited about how specific shorthands might emerge with different groups over time. There was an interesting parallel between these forecasted verbal economies and the arbitrary, yet pervasive valuations of elephants poop and ivory.

As we prototyped though, it became clear the cards wanted to be handled in another way. We'd already decided that the cards should be square and quilted on the back, like toilet paper. The thick, square cards suited Rachel's drawings. But they weren't easily dealt or held. They were better as a field, on a table top, touched one at a time. So the game shifted to a "Memory" game. (Fortunately, poop metaphors are so pervasive, we didn't have to reach far for a pun: "Number 2," it is.) And anyway, "Memory" was apt. Instead of plucking poos from competitors hands, The player with the most successful memory wins. In the end, memory is all we'll have when elephants are gone. 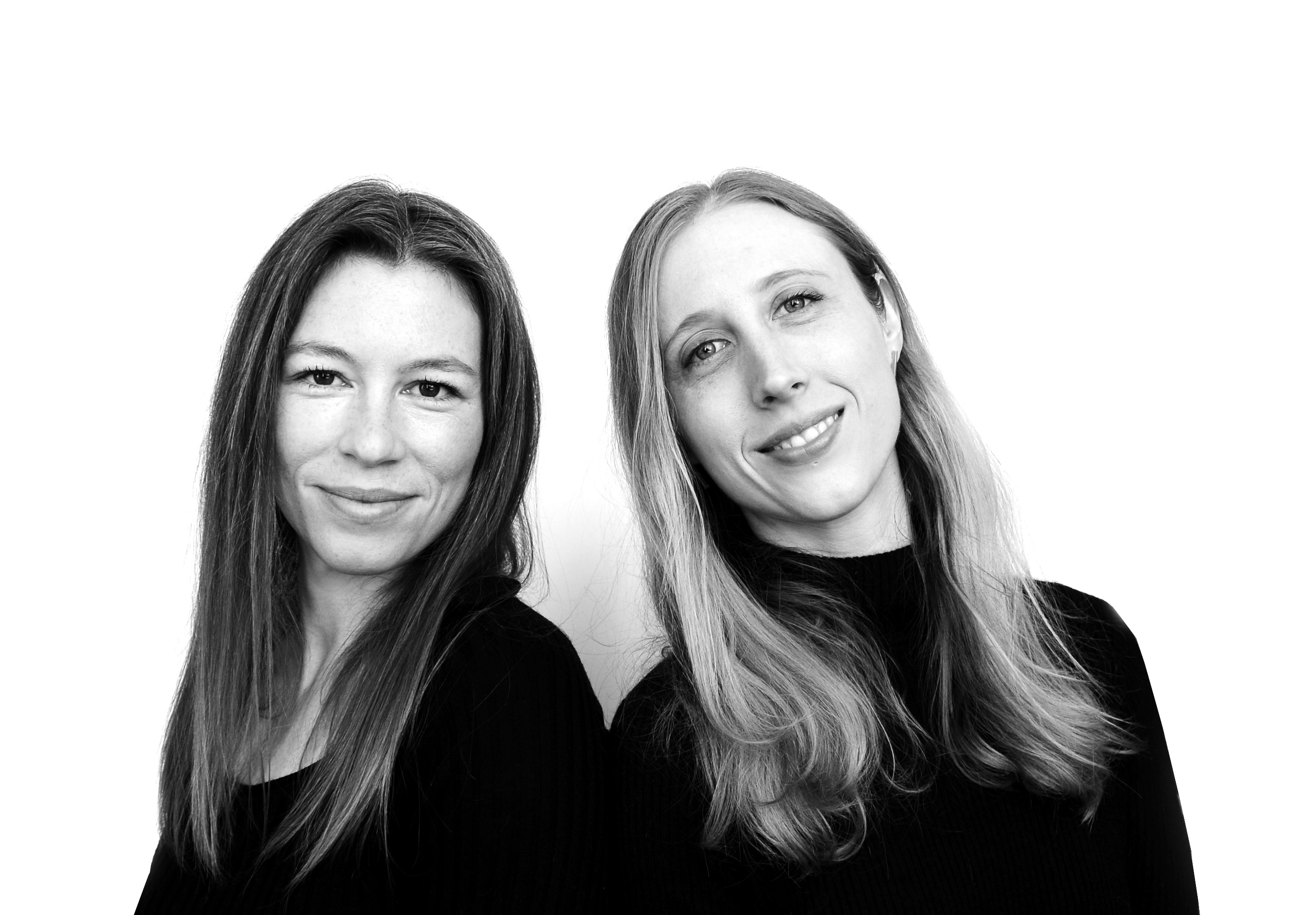 Rachel Domm is an artist living in Brooklyn NY. She has a BFA from Pratt Institute. Her work has been shown in group and solo shows, most notably Essex Flowers (2016, NY), Wythe Hotel (2015, Brooklyn), Picture Room (2014, NY), and Printed Matter (2013, NY). She has also published several artist books including BASKETS in 2015 and RUGS in 2013 with Miniature Garden (NY) and Window Diary in 2015 with Nieves (Zurich, Switzerland).

Mary Voorhees Meehan s a graphic designer, conceptual artist, and amateur home economist residing in Brooklyn, NY. In 2012, she launched BAZAZAS, an odds and ends store on the Internet. She holds an AB in Architecture from Princeton University and an MFA in Graphic Design from the Yale School of Art. Clients and collaborators include: Areaware, The Center for Urban Pedagogy, Herman Miller, K-117, PS118 The Maurice Sendak Community School, The Yale School of Art, and The Whitney Museum, among others.