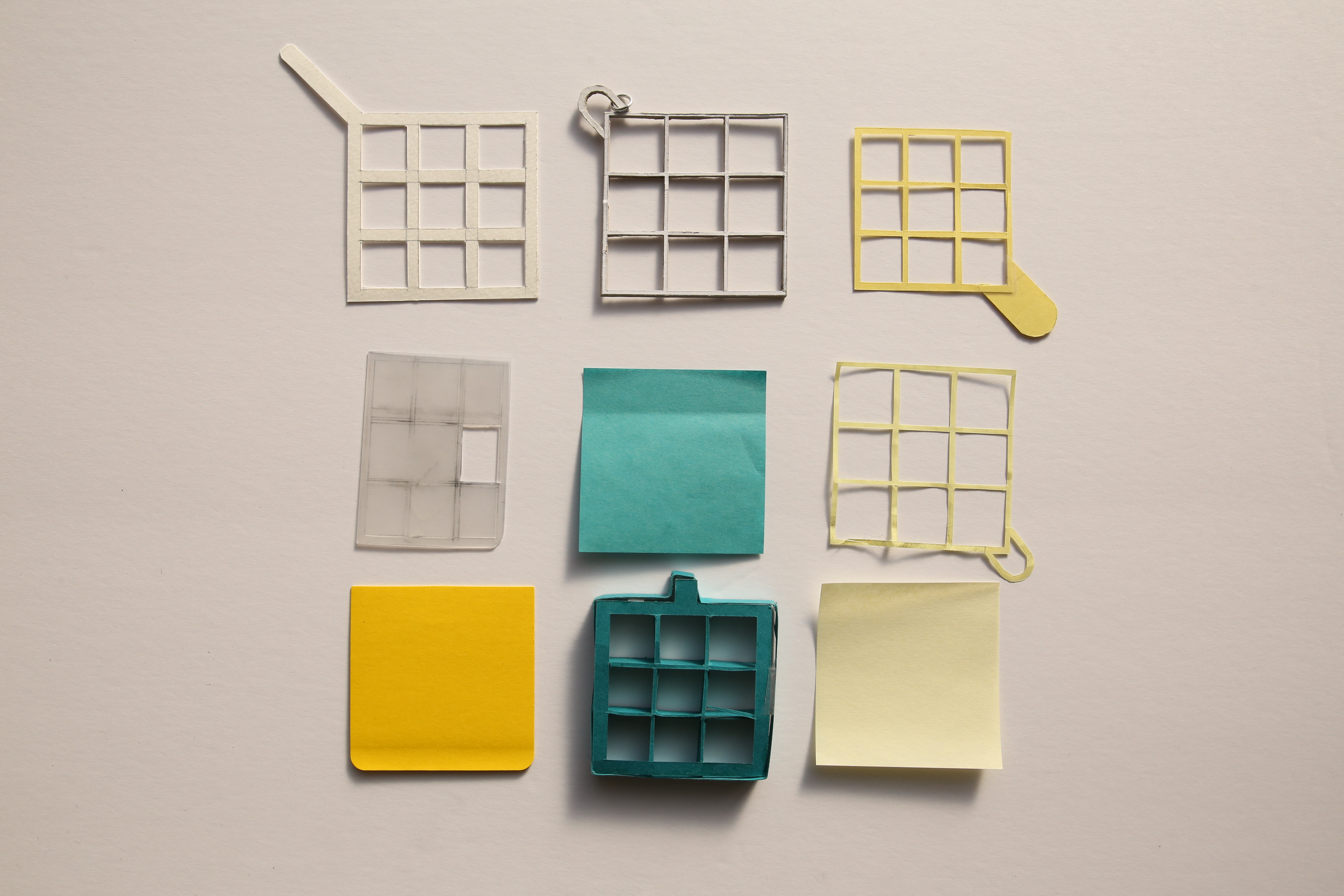 Jessica Charlesworth and Tim Parsons
on the development of their new Rule of Thirds Finder for Areaware.

The Rule of Thirds Finder was originally inspired by an email suggestion made from an owner of the Golden Section Finder. They mentioned how much they enjoyed using it and asked whether we had considered applying the same methodology to the Rule of Thirds.

John Thomas Smith coined the phrase “rule of thirds” in 1797 to describe a way to compose visual images based on dividing up an image into nine equal parts with intersecting horizontal and vertical lines. The rule suggests that the human eye naturally gravitates to the four intersecting points of these lines, and that these points are the ideal spot to place objects in the composition. 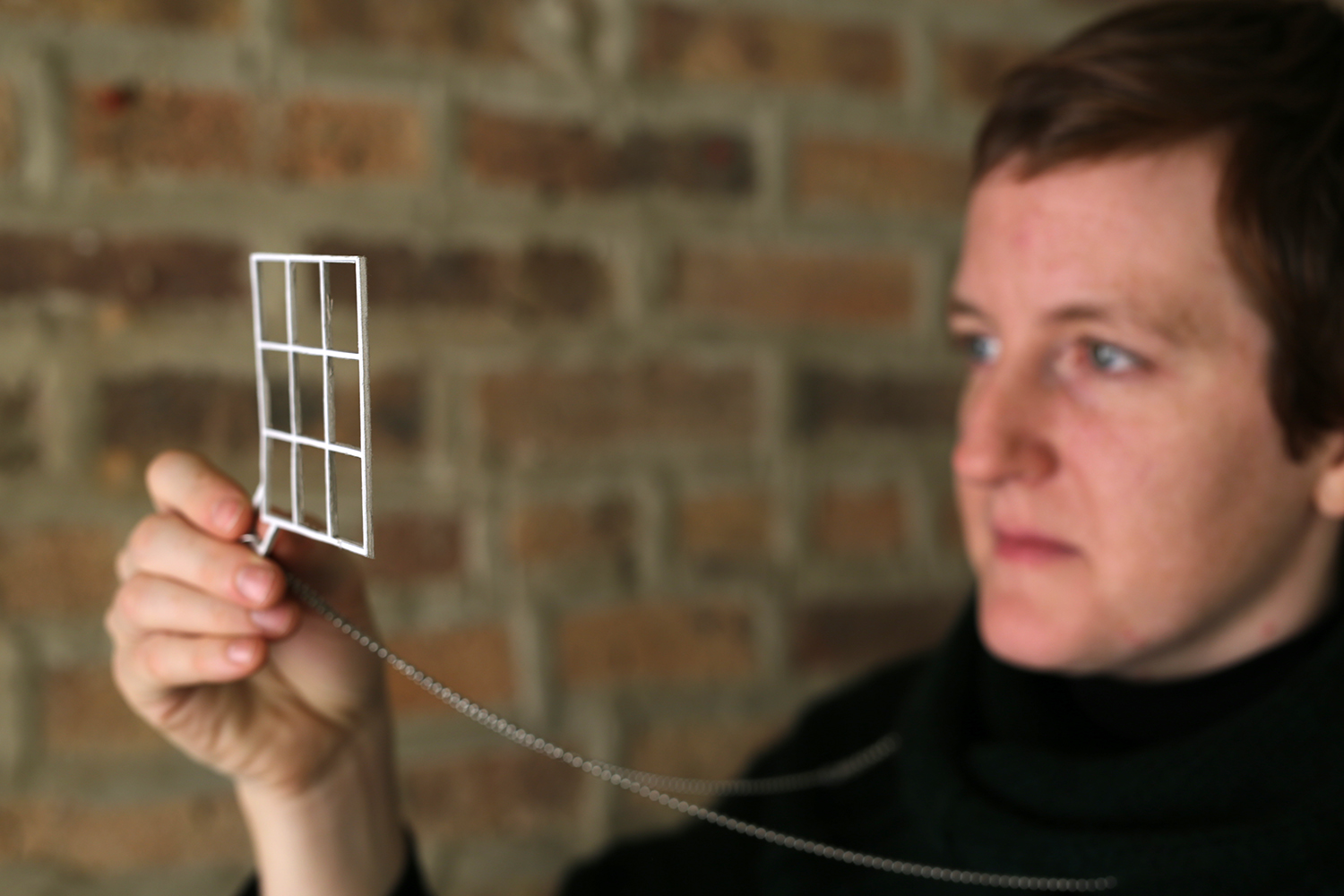 Jessica Charlesworth with an early prototype, 2016.

We started to make a few mock ups from card using a square grid that would adapt to any size image whether square or rectangular. We started at the size of a post it note - 3” x 3” and explored potential colors based on existing measuring tools. We played around with them in our studio, seeing what photographs we had already taken and wondering if such a device would help us take better shots in the future. It was also something we started to use when thinking about layout on a page whether on screen or on paper. 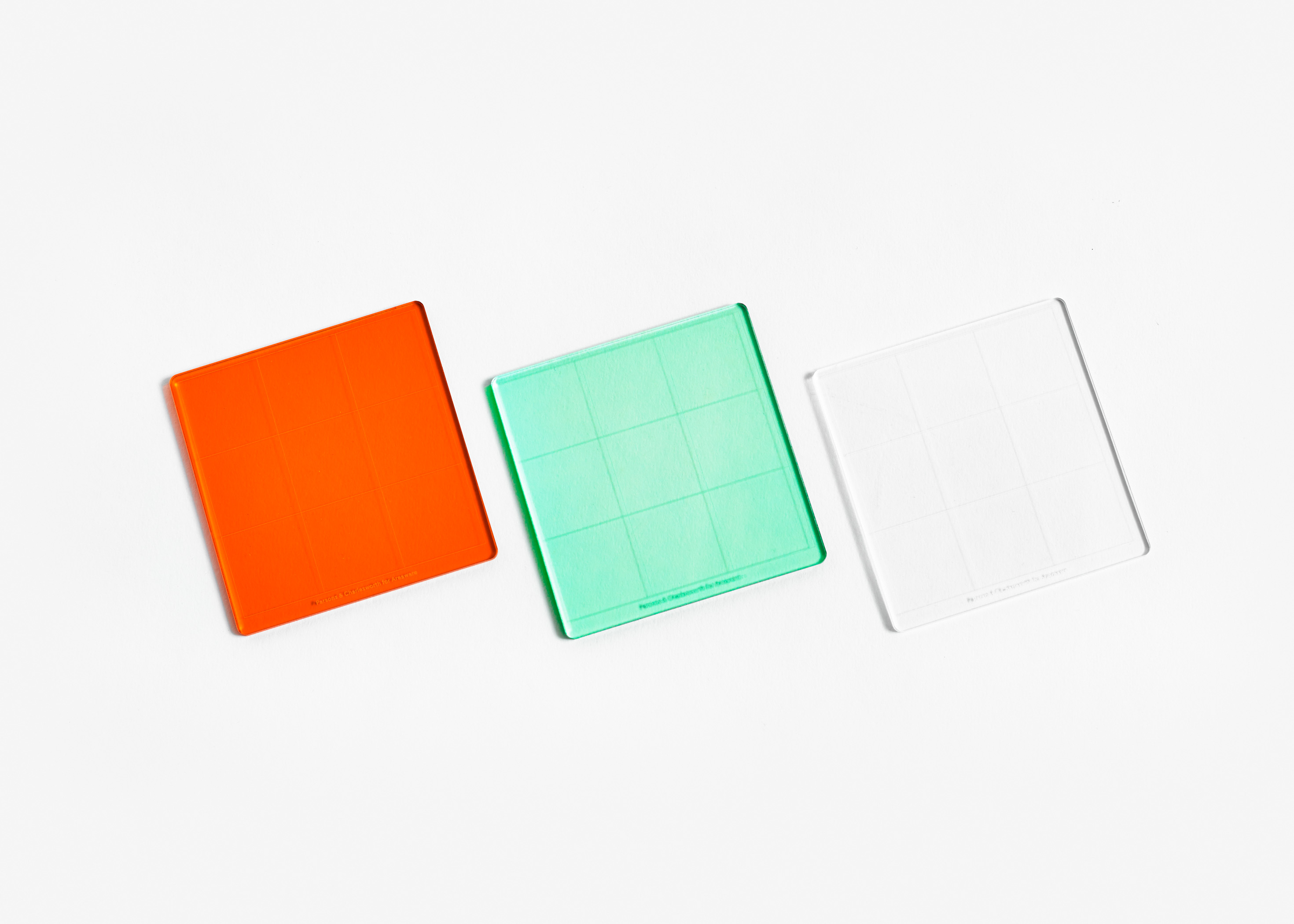 We were familiar with the rule of thirds but never really applied it into our own photography. For some it can come naturally to know where the points of interest are in a composition or shot. For others like us it can take a little time and practice before it to become second nature.
Shop the Rule of Thirds Finder