The first in a series of guest posts by Tim Parsons & Jessica Charlesworth following their journey across Asia. 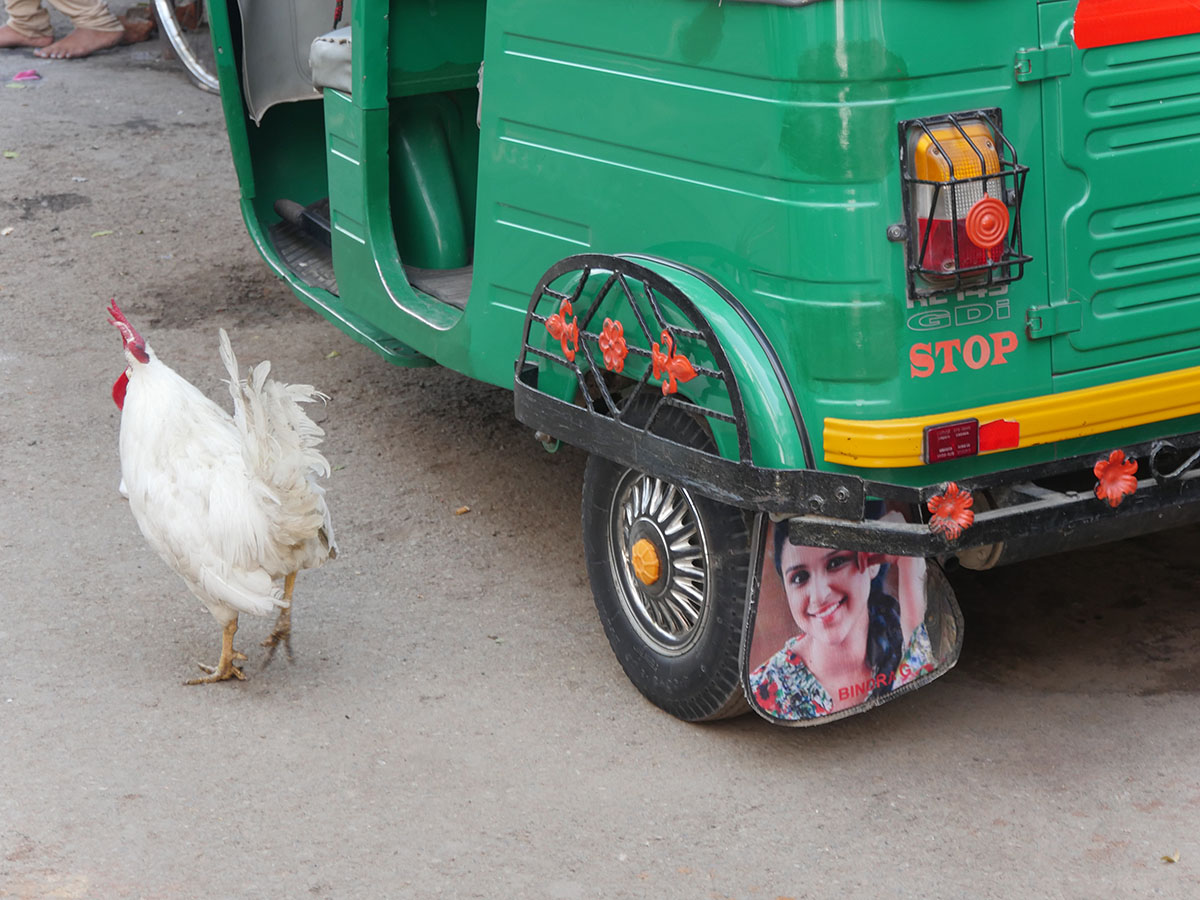 A chance encounter between an autorickshaw and a cockerel

"Once you accept that India is full of contradictions, it starts to make sense!” These were the wise words of our host in Varanasi, and eruditely apposite they turned out to be. Like us, first time visitors to the poorer regions of the country such as Uttar Pradesh, wherein Varanasi lies, will have to reconcile “sacred” cows treated with great reverence, being allowed to wander the streets unhindered, with hundreds of stray dogs, many of them puppies, seemingly left to fend for themselves. 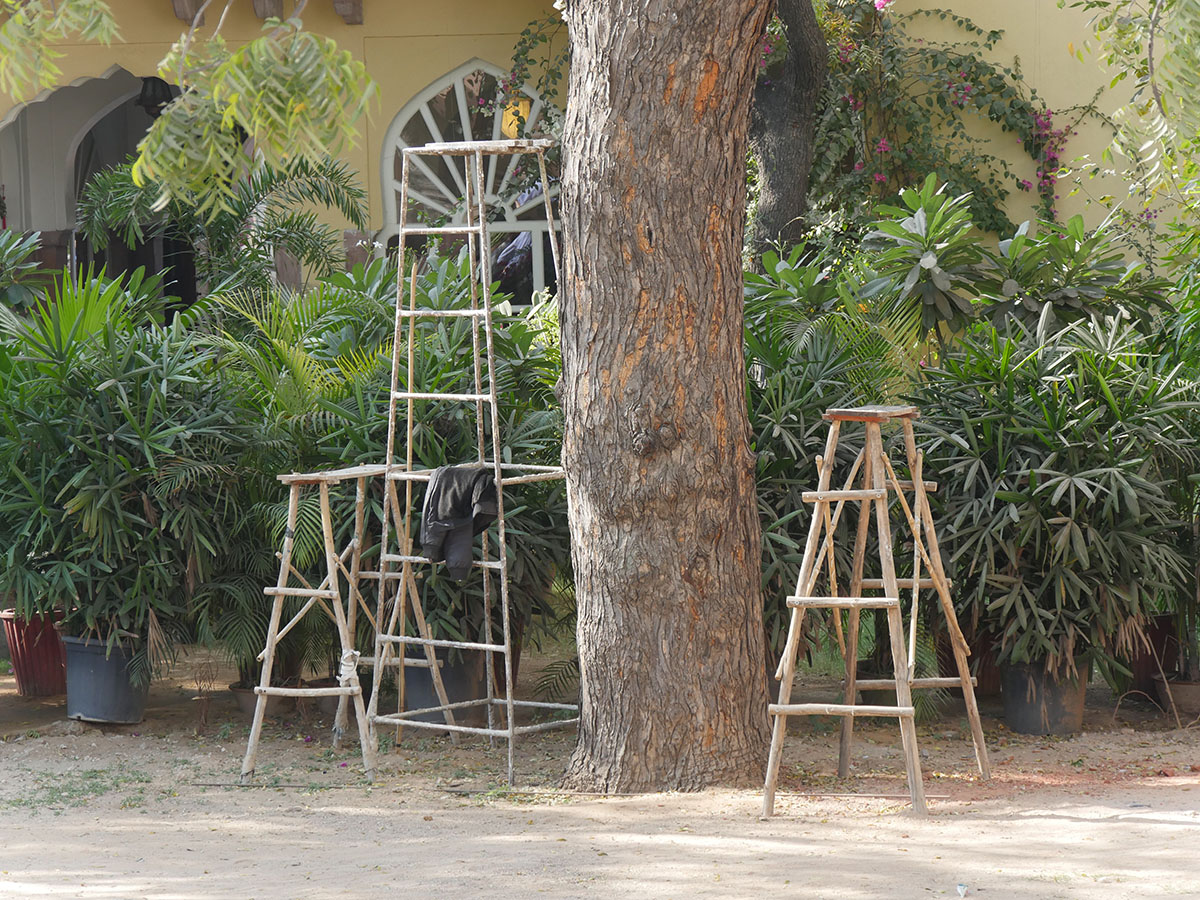 How objects are treated was also confusing at first. The streets were littered with terracotta chai cups and flower garlands. Items to which foreigners are drawn and would seem to command more respect. While some items like these were quickly disposed of, others were carefully looked after and repaired so as to maximize their lifespan. Especially in the realm of transport, certain “heroes” seem to have emerged, eclipsing all competitors in their field, many with roots in British colonialism. 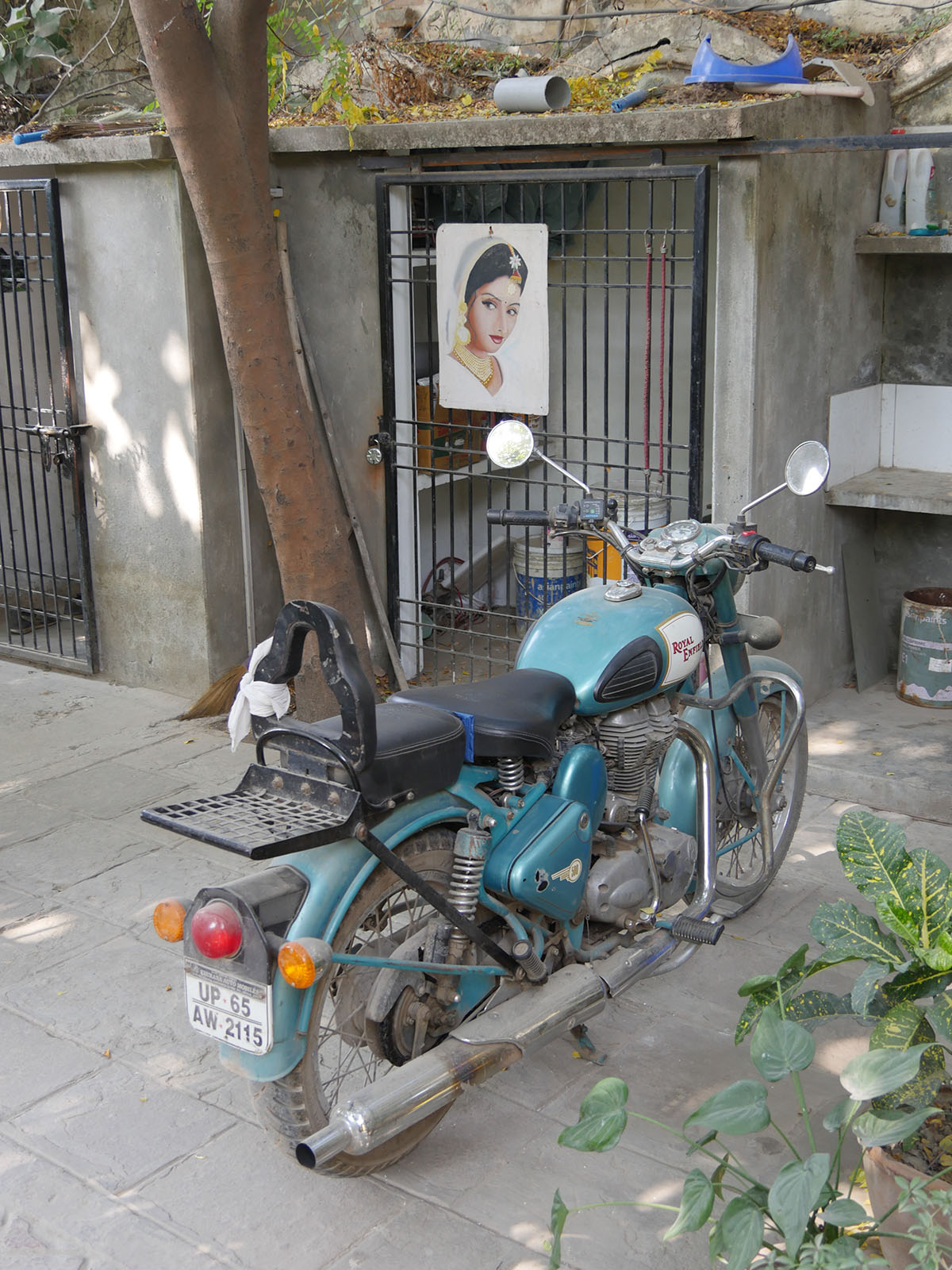 The Hindustan Ambassador car, the Royal Enfield motorcycle and the Hercules bicycle were all the most pervasive models in their class. Looking closer, almost every typology of street object had been whittled down to the one model that had proved itself most fit for purpose. There was one model of auto-rickshaw (Bajaj), one cycle rickshaw (Neeland), one street merchant’s cart (four bicycle wheels on a wooden platform) The durability of the originals and the pervasiveness of the repair infrastructure surrounding them had made buying cheaper, newer alternatives unwise in the long term, and hence India’s streetscape looks to Western eyes, for the most part, as if it is stuck in the 1950s. 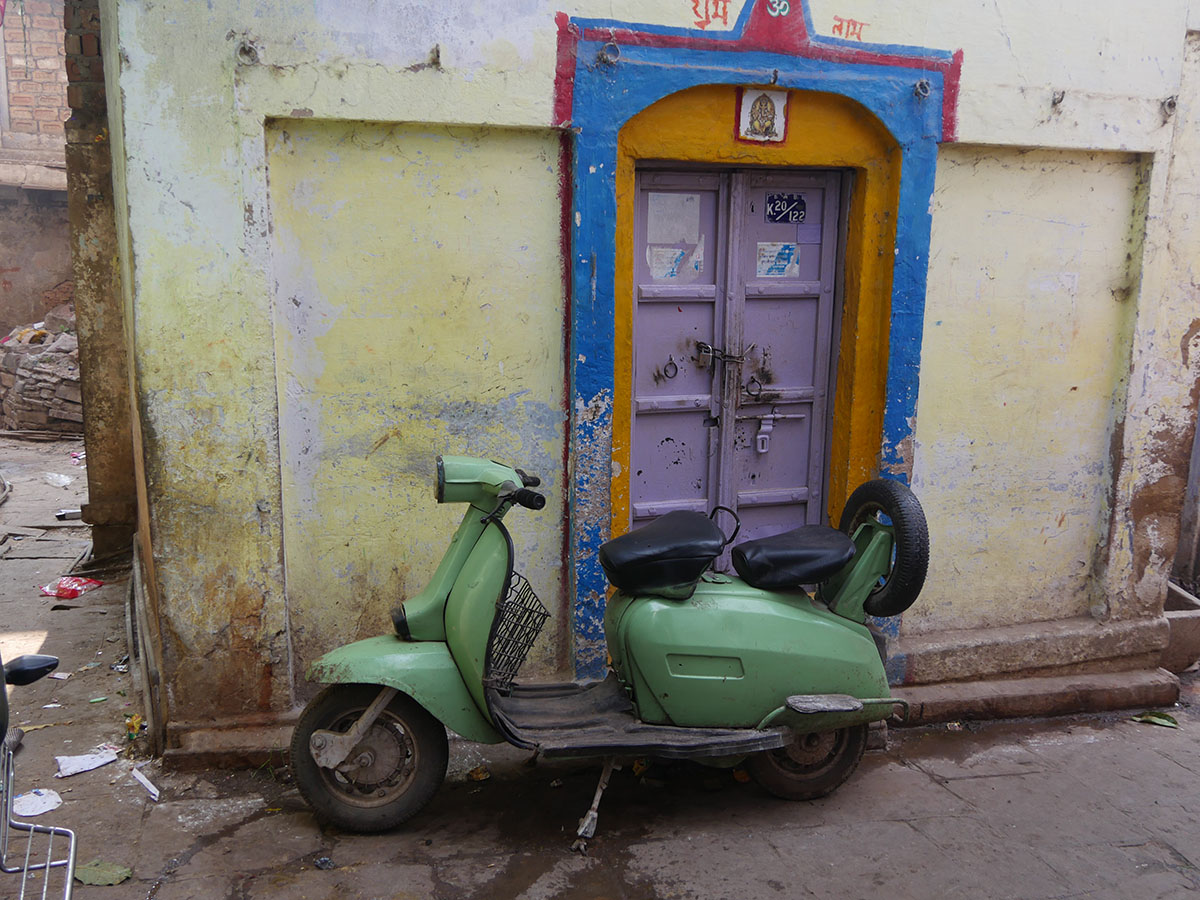 A Lambretta parked in front of a typical Varanasi doorway

However, with much contemporary vehicle design producing nothing remotely distinctive, it is a pleasure to be surrounded by these rather majestic workhorses.And digging a little deeper into the attitudes of the people via some recommended reading, we found some insights that helped square why certain items are valued and others not. “Indian attitudes are largely shaped by a philosophy of life which engenders a sense of detachment towards anything which has served the purpose for which it was originally created” recounts H. Kumar Vyas in The Designed and the Socio-Technology of Small Production (Journal of Design History Vol. 4 No. 3). 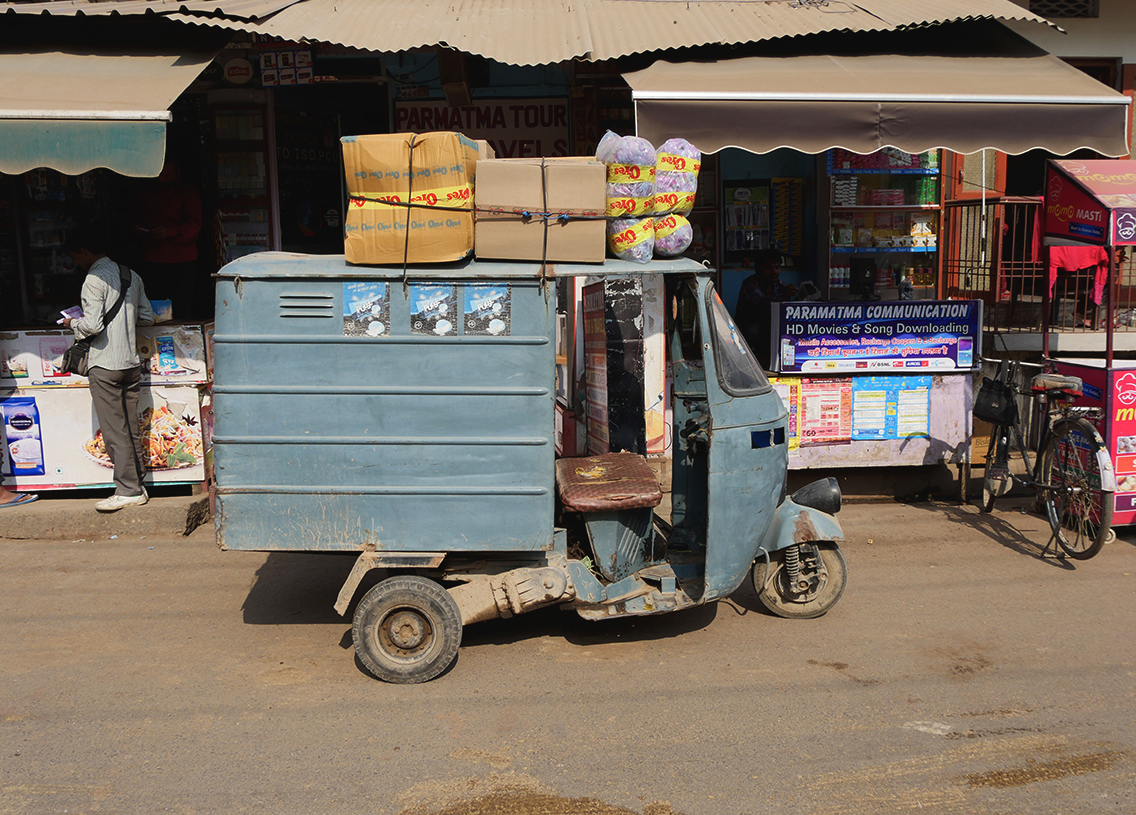 Couple this to a Hindu world-view which is cyclical – as one life ends, another begins – and a frugality that seems to go beyond its mere economic advantages, and it is clear that what is thrown away is actually carefully considered. Only when an object has reached a level of purposelessness that renders its material unworthy of salvage (the chai cup becomes dust, the garland compost) is it discarded. Anything and everything else is re-used. The good Indian object is endlessly repairable or, like the sari, is so open in its non-specificity that it lends itself to virtually endless down-cycling (furnishing fabrics, weaving into floor mats, covering books and using as household rags). 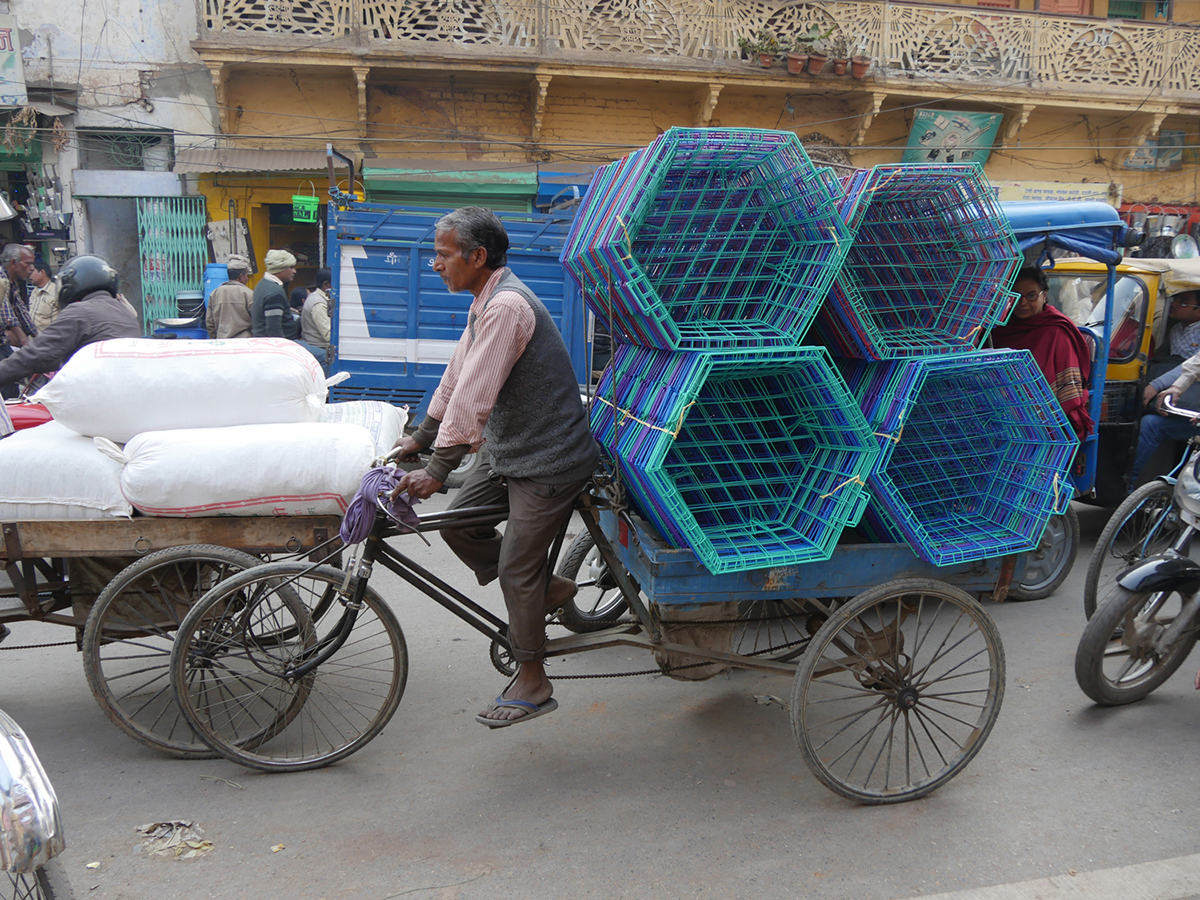 Parsons & Charlesworth is a design studio founded in Chicago by British husband and wife team Tim Parsons and Jessica Charlesworth. After running independent practices they joined forces to pursue projects that explore the practical, rhetorical, poetic and speculative possibilities of object making. Forming Parsons & Charlesworth in 2014, Tim and Jessica have designed objects for limited and serial production, created exhibits and installations, run workshops, designed publications, undertaken futures research and created speculative design projects. Both are graduates of the Royal College of Art in London, Charlesworth from Design Interactions and Parsons from Design Products. They currently teach in the Department of Architecture, Interior Architecture and Designed Objects at The School of the Art Institute of Chicago (SAIC).