We asked artist and designer Nick DeMarco to tell us about his development of the Pinch Clip for Areaware. Below are some thoughts from Nick and an accompanying photo essay taken around his home and studio with ideas for its creative use/misuse. 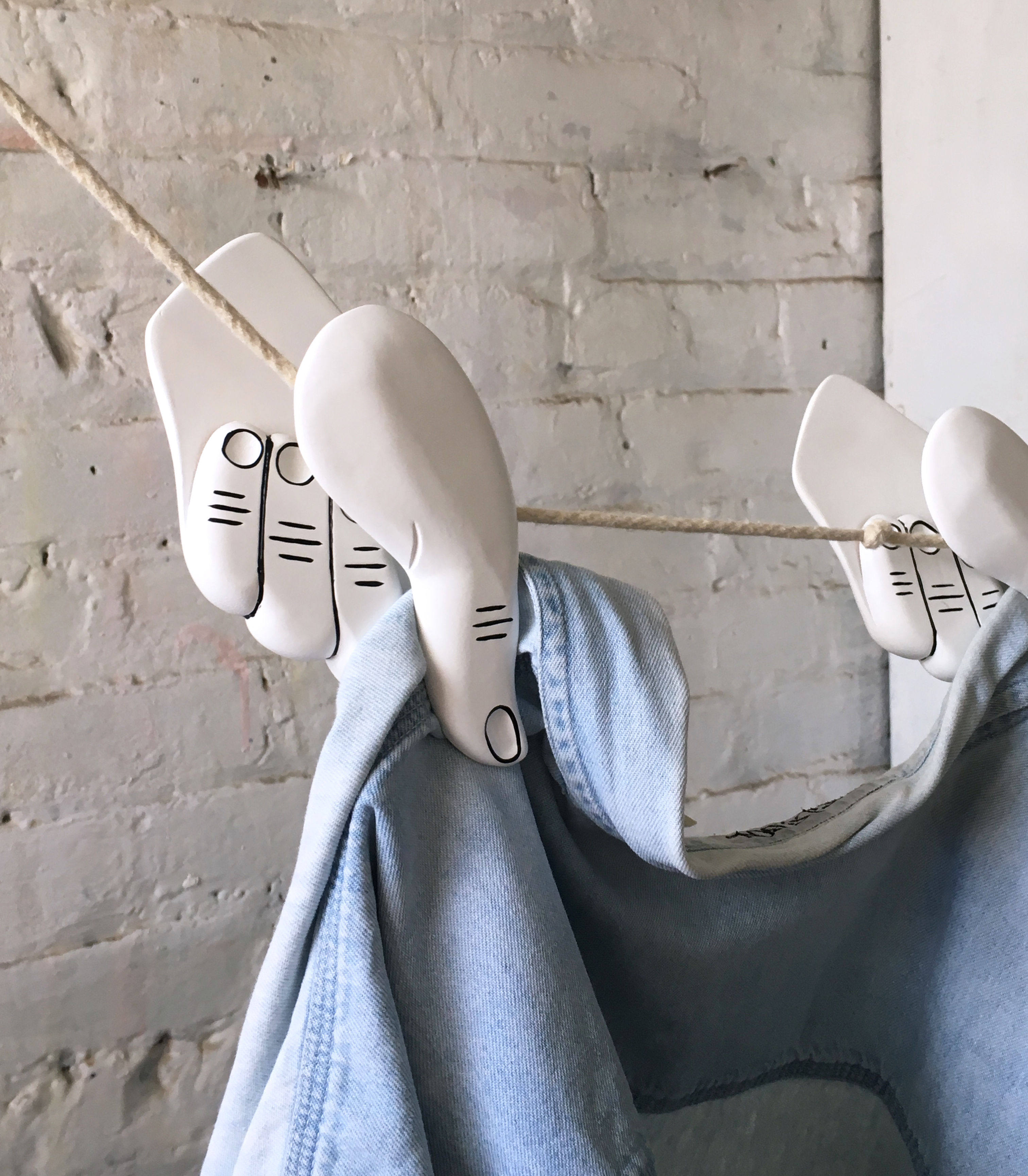 "We live in a time of unparalleled waste and excess. Everyone should strive to buy and produce as little as possible. I believe that the few things we do own ought to be the best versions of themselves, as weird and cool and beautiful and as fully realized as they can be.

When developing this product, I started by analyzing different common housewares that I thought were ripe for design intervention. I arrived at the chip clip, a category of objects that most people own but few people think about. It dawned on me that what a clothespin, chip clip, or an "A" clamp are really doing is acting as an analog for a human hand pinching its finger and thumb together. I thought it would be fun and playful to make that process explicit. I love it when a thing speaks for itself, what it does and how it looks working together into a cohesive whole.

I do my best thinking through cartoon illustrations, and while sketching I fell in love with the way the Pinch Clip hand looked as a drawing. I decided to recreate the original illustration as a physical object, with loose gestural line work and brightly colored psychedelic nails and skin tones.

The Pinch Clip was designed to function in a way which is both specific and open-ended, an object that encourages creative misuse." 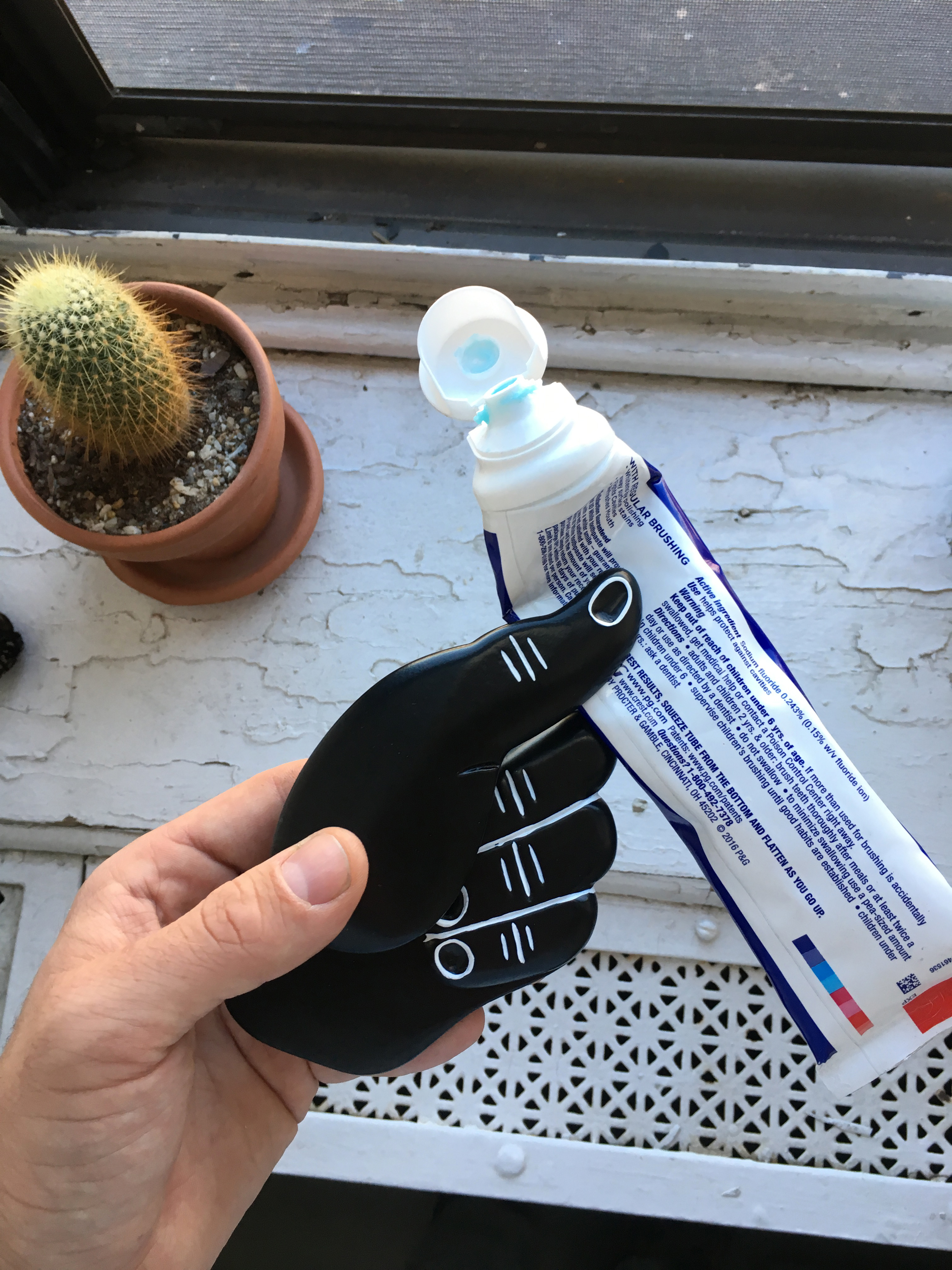 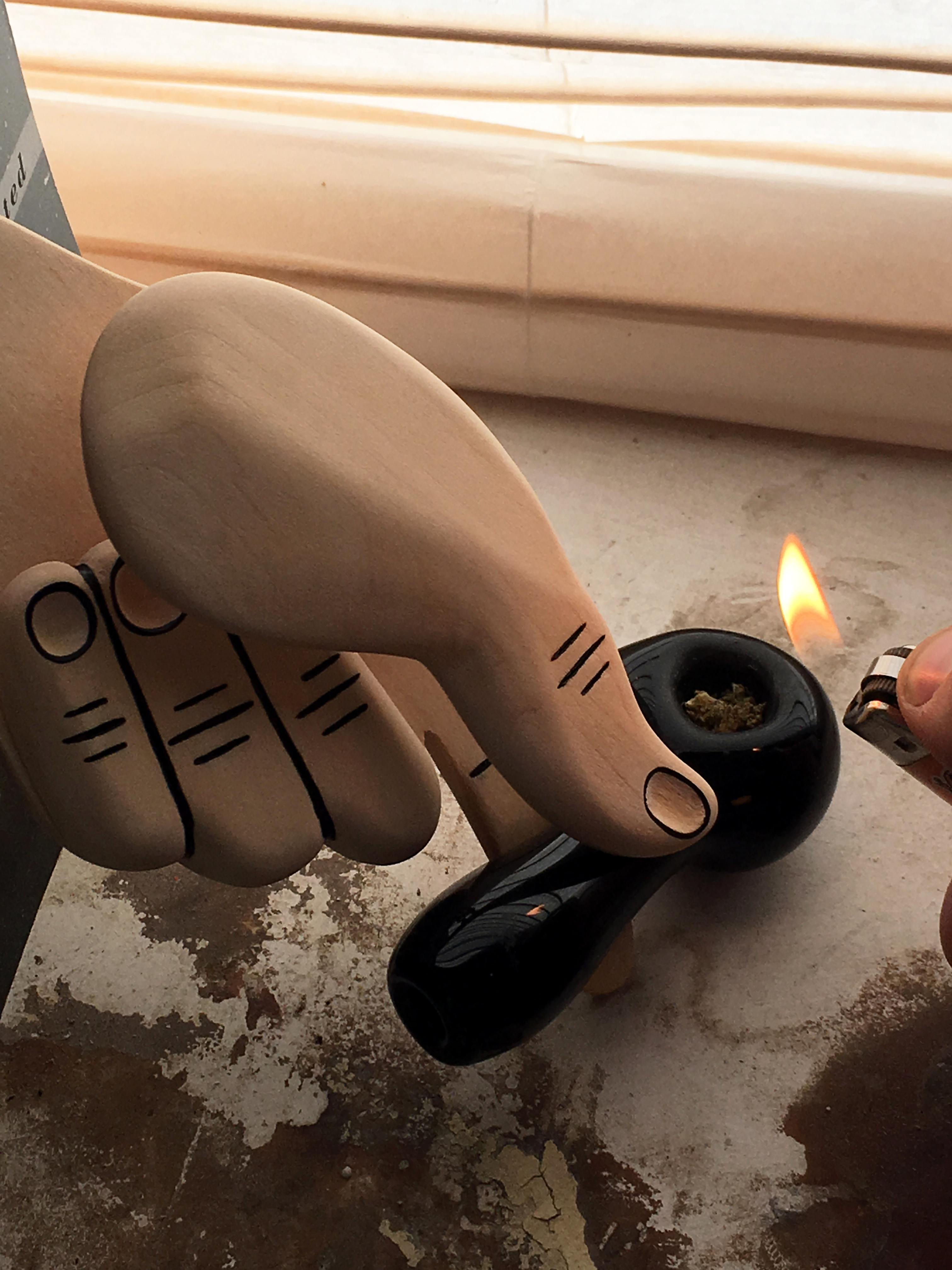 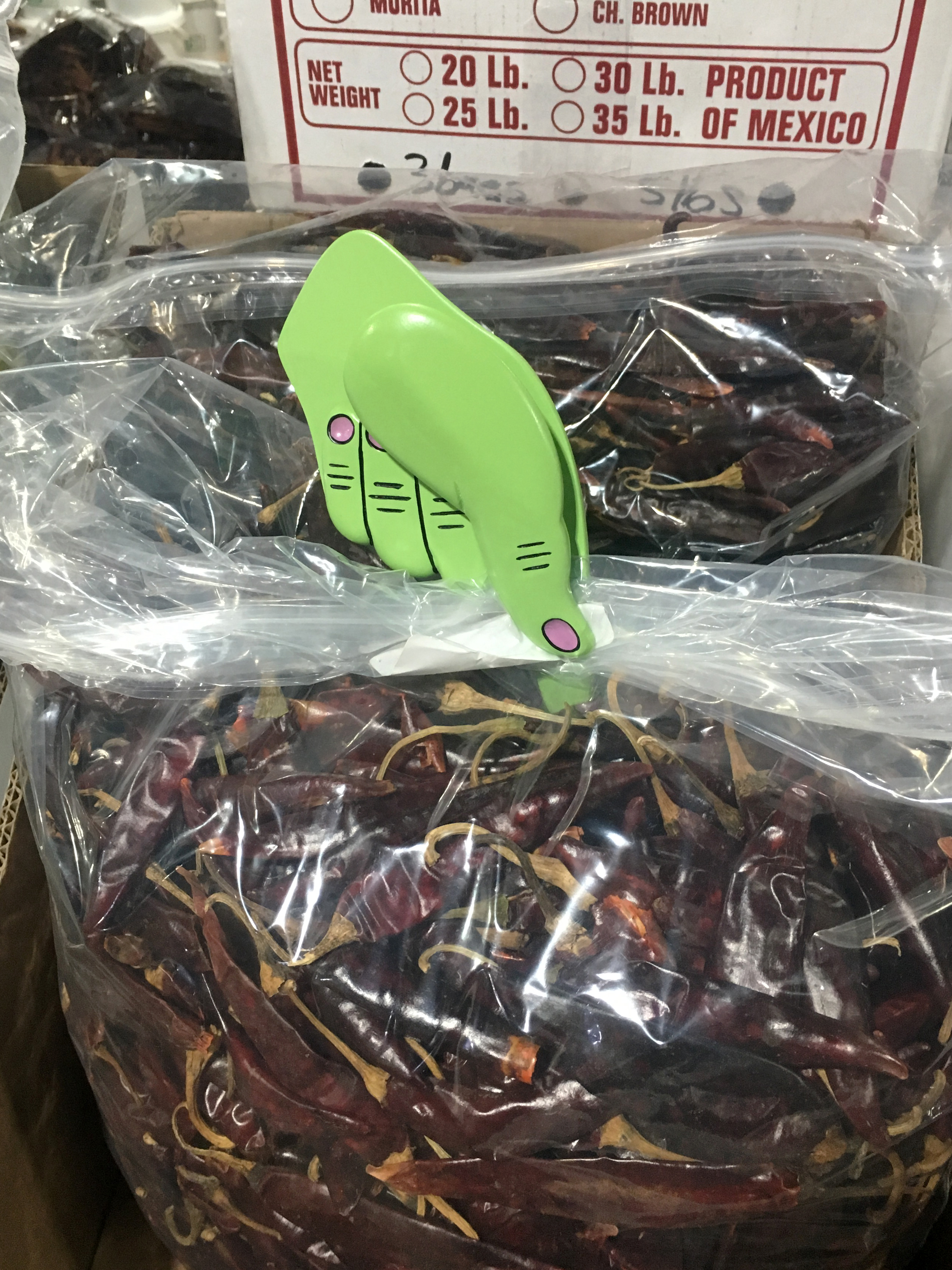 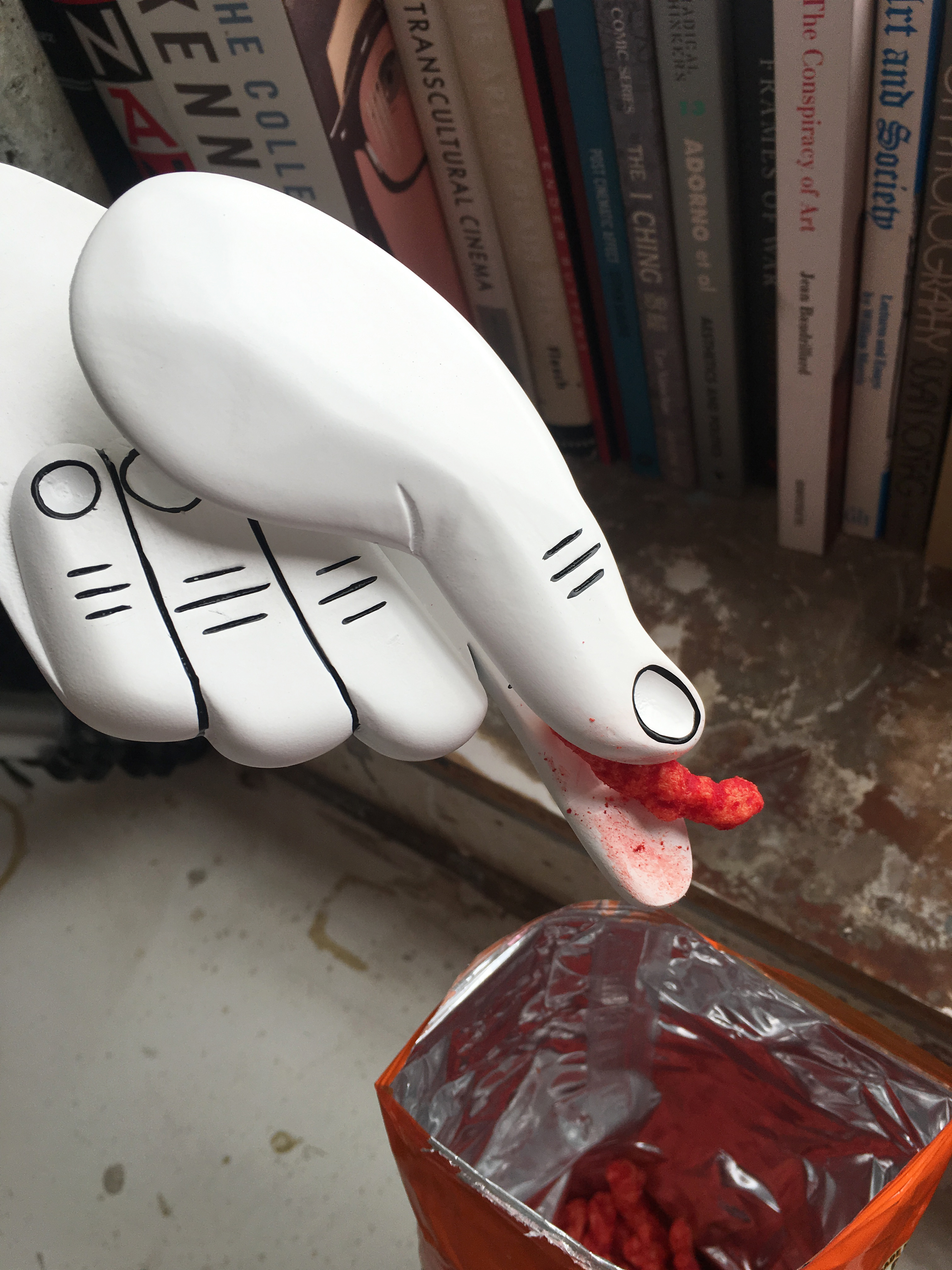 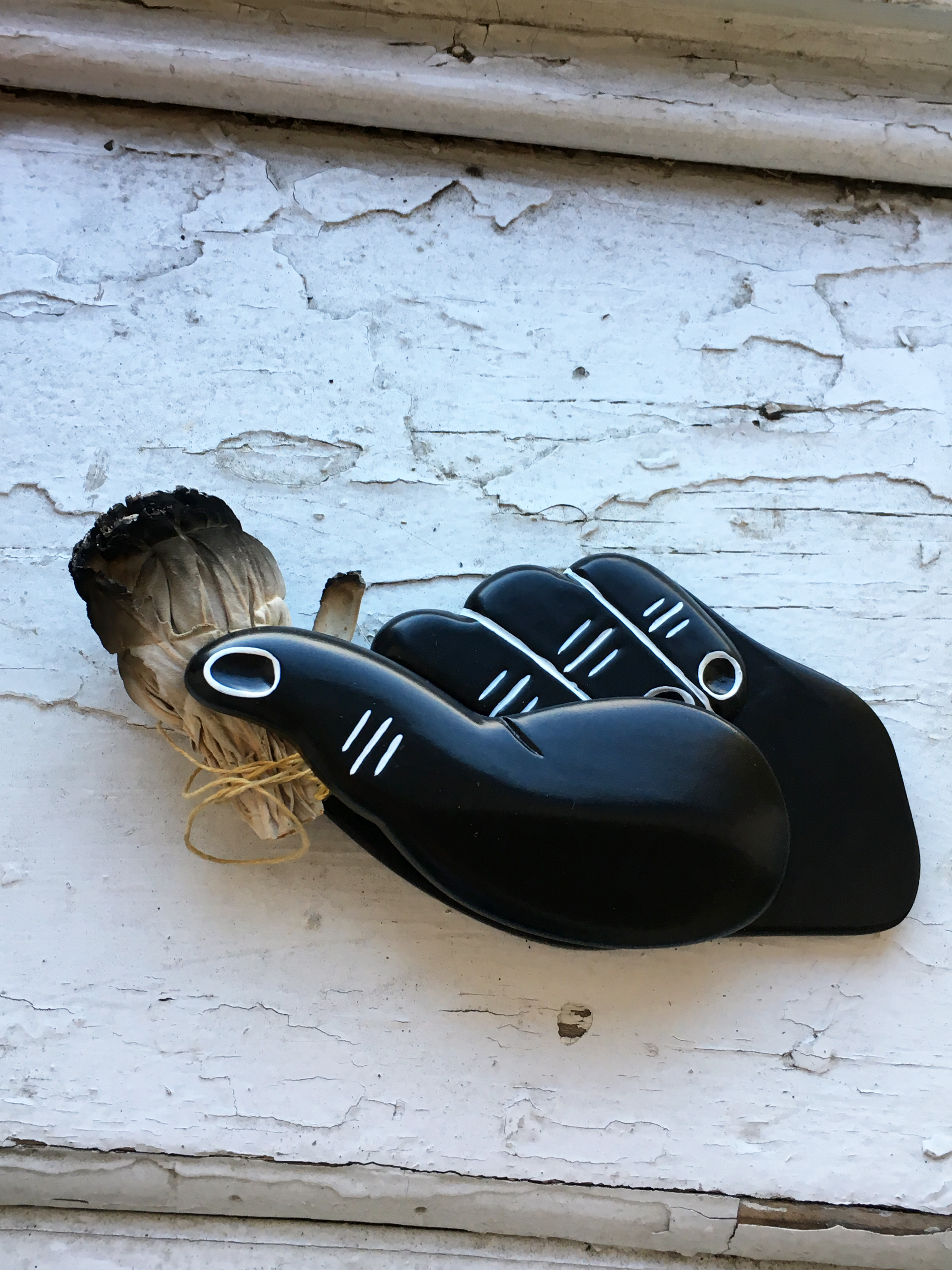 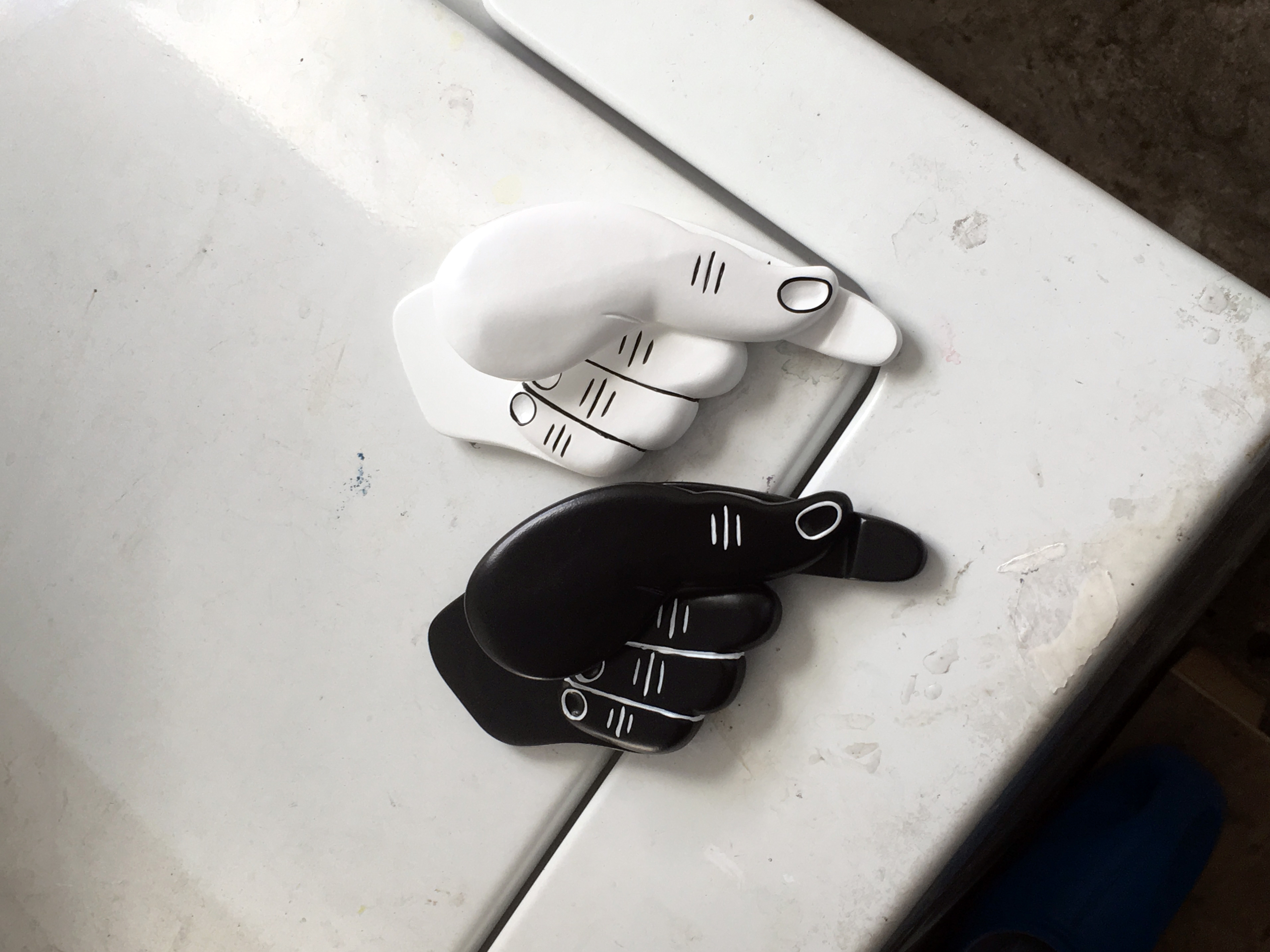 Nick DeMarco was born in 1986, raised in Seattle Washington and now lives and works in New York City. Nick has been been an Artist since early childhood, cutting his teeth working on community art events, parades and performances organized by his family and friends in Seattle. His work now spans many mediums, from product and furniture design to filmmaking, sculpture, writing, digital image and netart. Though his interests are varied, his body of work contains a consistent thread of critical irreverence—observing the world as it is, pulling from it, and suggesting how it might be different. 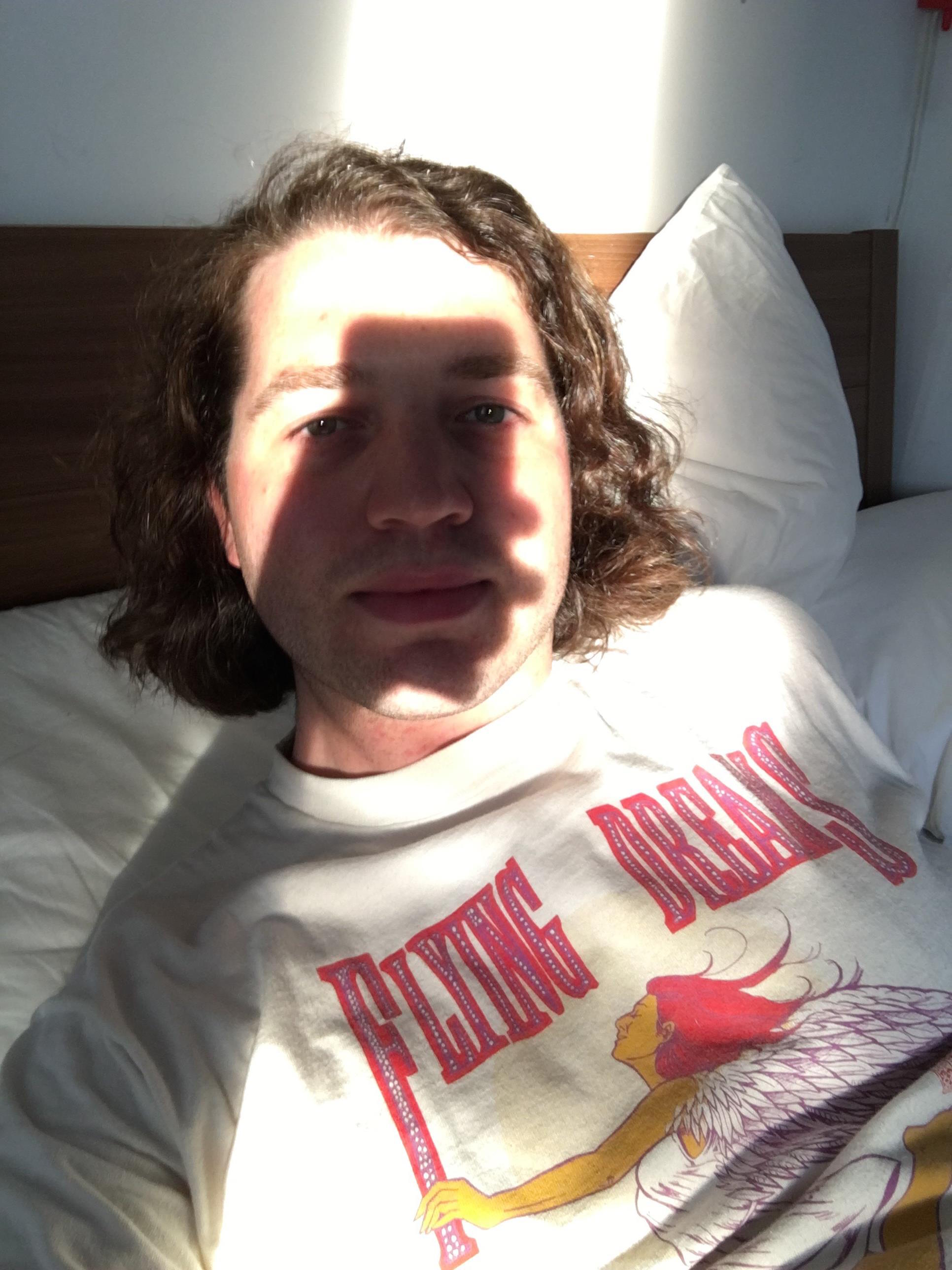