From the chapter on posture titled, Sitting Ugly.

"Whatever his inner tumults, it is the erect posture that distinguishes man from his low-slung fellow mammals. Although he has been extolled as the pride of creation, it still remains to be seen whether he represents as good a specimen as has been claimed, for he shows unmistakeable signs of wear and tear. Progress has taken its toll: The farther he strayed from Nature's bosom, the faster he tired of his erectness. Hardest hit as his spine, yet the damage inflicted upon it by increasingly molluscan "comfort" has never been accurately assessed. Worse, we hardly ever give posture a thought." 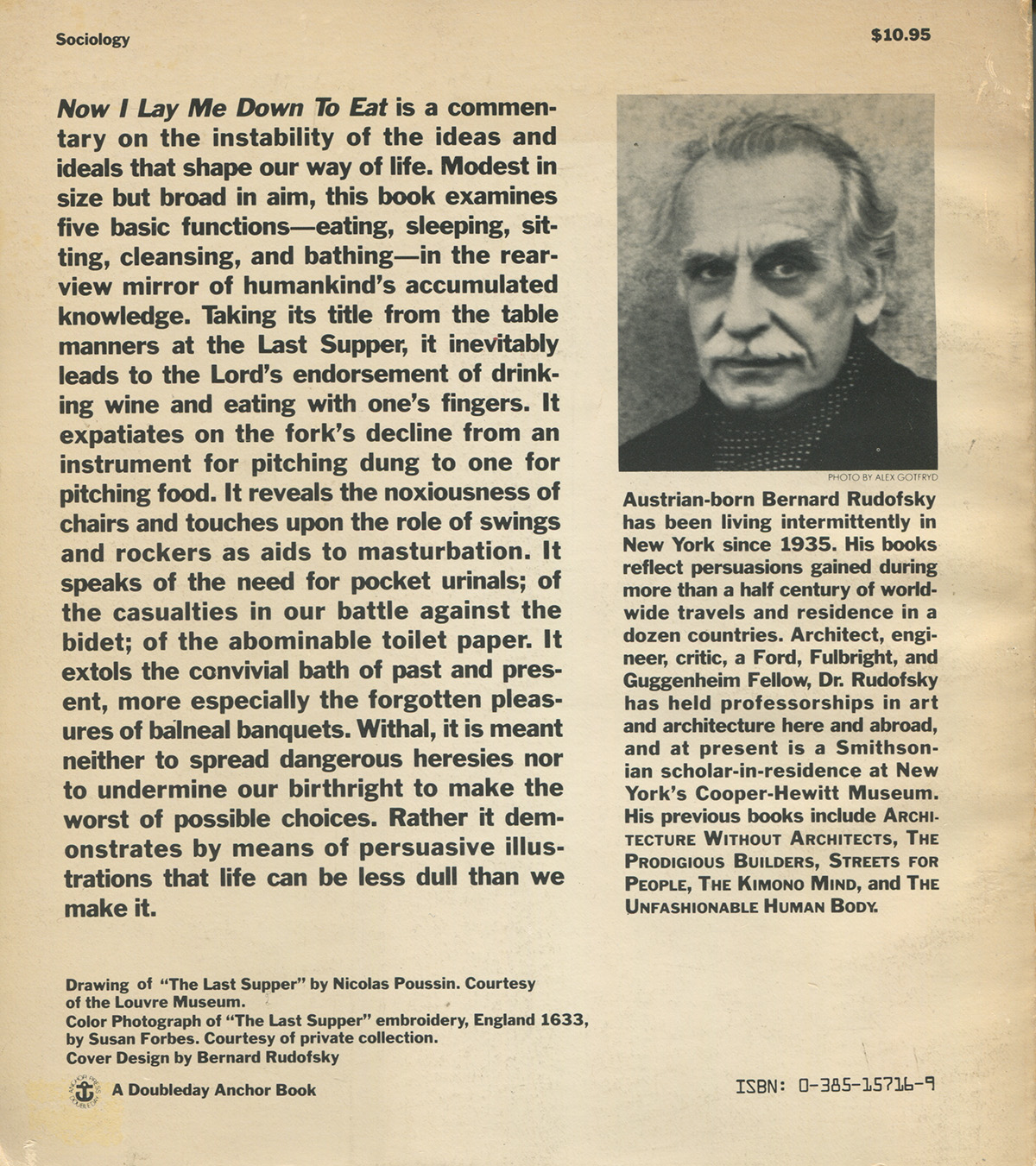