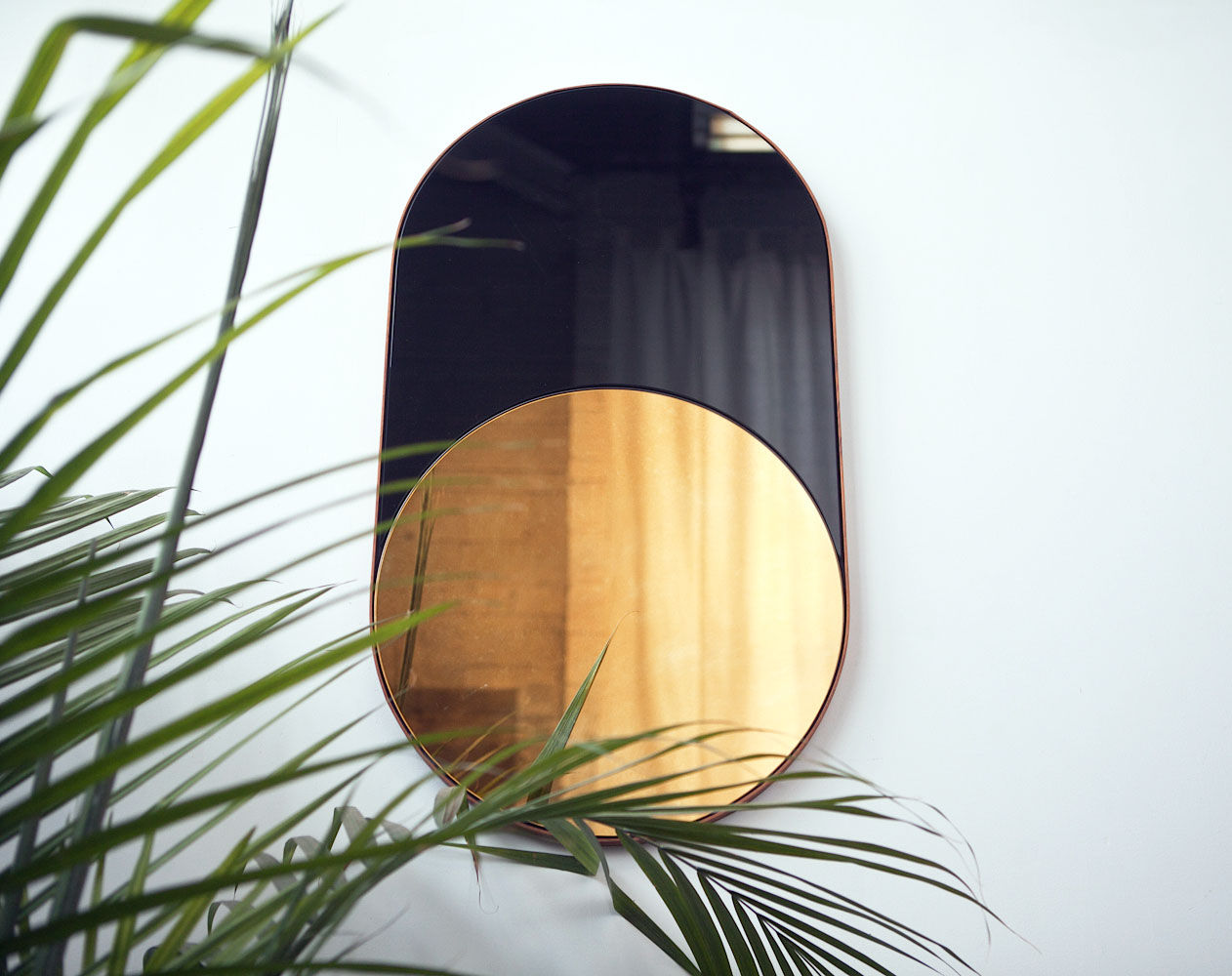 Sight Unseen: So how exactly did Bower come to be? I know you worked together at Uhuru but how did you make the transition?

Tammer: We started out just Danny and Tammer trying to pay for a $600 shop. We had just quit Uhuru. It was a very small amount of space, and we were taking on any odd job.

Danny: And we decided okay, we need to start doing our own stuff, because that’s ultimately what we wanted to do. That’s why we started our own company — but how do you sell stuff right off the bat? So we were feeding ourselves off of custom work, or word-of-mouth things like restaurants that wanted some shelves for something. We had no creative say in anything. But then, Brooklyn Designs came about, and somehow we signed up, got in, and then were ultimately forced to come up with a collection.

T: I think we reached out to you around that time, too.

T: But we were nobodies!

SU: You had, like, no photos of your work.

D: I think had, like, a crayon sketch of a stool (laughs). So that was 2013. We worked out of a woodshop, and we had no network as far as any other type of material manufacturing. We had a metalworker, but we didn’t consider marble or stone. Now we feel like there are no limitations; we’ve met enough people that we feel like anything’s possible. But our first collection was mostly wood, and it was the Pick-Up Stool and the Polaris Light. They all had this cohesive language of dowels going through dowels and exposed joinery. And the Key Target was our first product; that was there, too. The point was to think of a very routine, mundane thing that everyone does, and to turn it into a fun game or action. We set it up on the outside of our booth, and it was such a hit. There were kids lining up. The parents loved it, because they were like, “Okay, you stay here for a little while.” 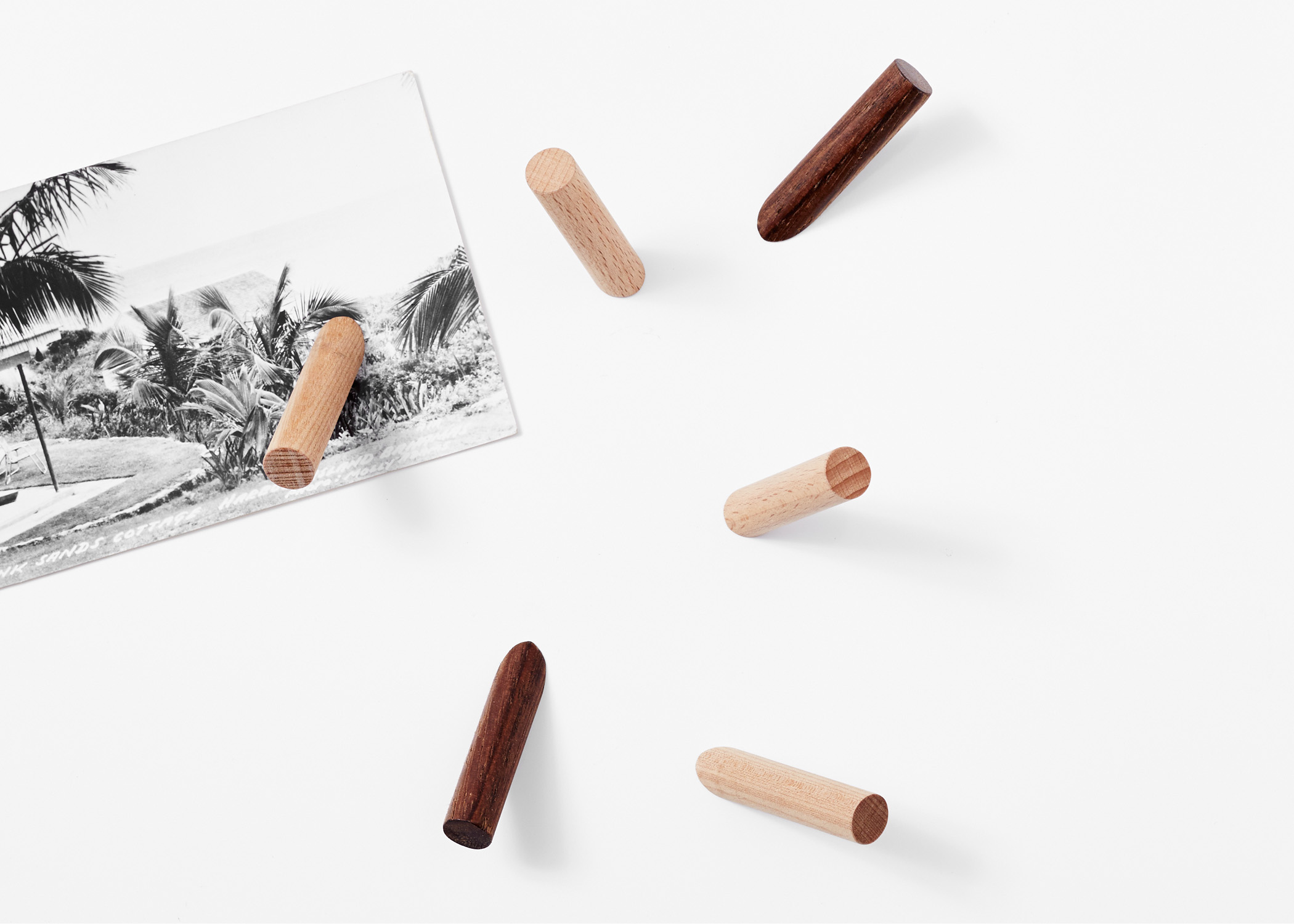 T: Laura Young was working at Areaware at the time; she saw the Key Target and that started our relationship with Areaware from that one show.

D: And we met a girl from Miami who curates these shows that we’ve been doing since then. So it was great, and since then we’ve been trying to do every possible show based off of that first experience of being forced to come up with this stuff. It’s kind of for better or worse —

T: Because it’s expensive. When you start having these crazy ideas, you could spend thousands of dollars just trying to make that one piece happen. We’re trying to be a smarter about our money. We’re also trying to focus more on furniture these days. Pulling back a little from the product.

D: Now as we’re designing, we’re considering things like margins. We were only considering how much we liked the idea before.

T: Sometimes we’d hardly make money, but we just wanted it out there.

D: Yeah. And we still kind of do that, but we don’t invest as much. Like the Pick-Up Stool — since that one connection where the dowels meet was the detail that set it apart from most stools, we kind of ran with it and based a whole collection off of that connection.

T: And the offcut pieces from that created the Stick-Up Sticks, those little hook magnets.

More on Sight Unseen / Check out Bower's work for Areaware